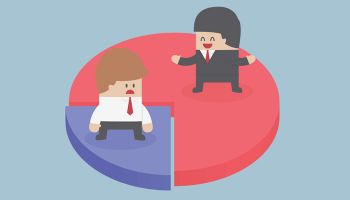 That has been the plan.

But bringing its own cases doesn’t seem to be enough for CFPB. Now the bureau wants to let private attorneys in on the fun.

The bureau argues that consumers are better protected when they have the ability to bring a lawsuit. Consumers would be empowered and financial institutions will toe the line out of fear.

How will banning arbitration really work?

Because money is the key motivator for all parties involved, let’s look at the money involved. CFPB has touted the millions of dollars it has recovered for consumers. But how many of those dollars does each consumer actually get?

Some of the most harmed consumers identified by CFPB paid a difference of $2.10 per payment. If the loan, when identified, had been on the books for six months, that consumer would be entitled to a recovery of $12.60.

So go to McDonald’s and celebrate. Even on a fully paid four-year loan, the individual’s recovery would be $100.80.

That may get the consumer a nice dinner, but not much more.

But wait—those are the numbers before the attorney is paid. Attorneys always get paid, even if it eats up most of the judgment awarded to the plaintiff. So, if the maximum recovery will be $100.80, what attorney is going to spend more than ten minutes on the case?

Of course, these are direct federal cases.

But now turn that individual consumer’s problem into one affecting a whole class of consumers and the numbers change—for the private-sector attorney. Class action is where the money is.

Class actions are built by the attorneys involved. Any time there is a problem affecting a wide number of consumers, an individual lawsuit can become a class action.

Usually the process begins with one consumer who goes to see an attorney. If the practice subject to the lawsuit affects a wide number of consumers, the attorney asks the court to certify a class. If a class is certified—for example, all consumers who purchased a credit card add-on product—then the attorney is authorized to go find the rest of the class. This would usually be done by getting the list from the defendant.

Armed with a class, the case goes to court.

Maybe McDonalds after all

What happens if they win?

There will be a monetary award for the plaintiffs…

But first the plaintiffs have to pay the attorneys—plus.

First come costs, because lawyers never work for free. Then the attorneys take a percentage of the total award—calculated before their fees are taken out.

By this time, at least half of the award goes to the lawyers. Many times the legal fees and percentage take up to 75% of the award amount.

Not much is left for the consumer. Remember that $100.80 on a four-year contract? The consumer is going to get less than half of that and possibly not even a third. Back to eating at McDonald’s while the lawyers get the nice dinner.

So, who benefits?  Not consumers. Not the industry. The class action lawyers!

More in this category: « How to be a better compliance officer Mobile comes of age, and Compliance looks in »
back to top