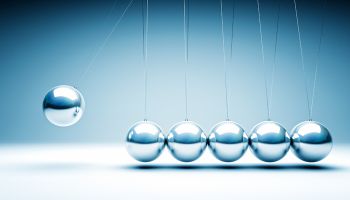 Compliance expert Lucy Griffin warns that pendulums swing both ways, and bankers who count on permanent change forget that at their peril.

High hopes. That’s what bankers have for changes to Dodd-Frank.

With a Congress sympathetic to industry issues and a President who wants to reduce regulation, bankers are busy thinking about which regulations they would like to see removed.

It is tempting to draw up a long, comprehensive list of everything that adds time to the day or complexity to the job.

But be careful. The pendulum has swung in the industry’s favor—but those same pendulums have a nasty habit of swinging back. In fact, an earlier swing of the pendulum resulted in Dodd-Frank.

And it will swing back.

Reducing regulation does relieve burden, but it also opens the field to abuses.

Unfortunately, there are businesses out there that will take advantage of reduced regulation—or even ignore regulations altogether. The harm done by these industries, loosely regulated at best, will cause the pendulum to swing back. Since most of the harm done is to consumers, it is consumer protection regulations that will be the target when the pendulum swings back.

There are several things that Dodd-Frank got wrong. These are the things that the banking industry should focus its attention on. A key error was who CFPB kept in the cross-hairs.

In the arena of consumer protection, the original idea was to bring finance companies, mortgage banks, and mortgage brokers under the same level of regulatory scrutiny as banks. It was to be a true leveling of the field.

Unfortunately, the inclusion of banks in the CFPB’s authority resulted in the CFPB going after banks and spending comparatively little time supervising the nonbanks that were most in need of supervision.

Going after banks was easy because the bureau could piggy-back on the findings of bank examiners and banks’ own self-diagnosis. Banks became sitting targets.

And banks were more tempting as targets. Enforcement actions taken against large banks resulted in big penalty numbers and self-serving headlines for CFPB. In contrast, although finance companies and individual mortgage brokers may do more harm to consumers, they are usually small and the enforcement penalties against them don’t amount to much.

So here’s an idea. Keeping that pendulum in mind, don’t try to get rid of regulations. Some paring down may be appropriate. But that won’t really make much difference.

Instead, think about who should be in charge of regulating banks. It doesn’t make sense to give full responsibility for examining and enforcement of compliance in large banks to CFPB when each bank regulatory agency conducts the same examinations.

Leading up to Dodd-Frank, there were many allegations that the financial regulators were not doing enough to protect consumers. But they were. It was the non-banks that did most of the harm.

To prove that the bank examiners are doing a good job, consider that most of the CFPB’s enforcement cases resulted from banking agency examinations or self-diagnosis from internal bank compliance programs, rather than from work done by CFPB. The bureau took full credit for enforcement but in the majority of cases was not the first finder.

To make matters worse, while CFPB is busy reading bank agency examination reports and doing follow-up, those non-supervised entities are out there free to ignore the constraints of regulations. No one goes into those companies on a regular basis and evaluates their compliance programs—or determines if they even have one.

So let’s free up some of the CFPB’s time. Why not move authority for all consumer protection regulations back to the bank regulatory agencies and direct CFPB to examine those pesky non-banks. It would relieve the burdens on banks of multiple examinations, level the playing field, and target the real problems.

More in this category: « Third-party scrutiny expands at OCC Letter from Colorado: banks and the marijuana business »
back to top