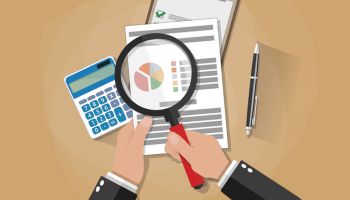 The Consumer Financial Protection Bureau (CFPB) has marked its fifth birthday with a self-laudatory blog touting the wonderful things it has done for consumers.

No one would try to argue that the bureau hasn’t been busy. But has it actually made a difference for consumers?

Show me the money

The bureau has claimed millions, even billions of dollars in penalties. Some of that is actually paid to consumers … and the rest goes to the federal government. CFPB touts its monetary awards as a demonstration of its help to consumers.

Sure, the headlines are great. Dollars always make good headlines. And the gross numbers summarizing all of the bureau’s activities over a five-year period are impressive.

As CFPB trumpets, it has imposed billions in penalties for millions of consumers. Billions for millions. Sounds impressive, but how much did individual consumers actually receive?

Let’s take an educated look at the bureau’s numbers.

For starters, the “billions” probably includes civil money penalties, none of which go to consumers. The actual awards for consumers have a smaller total.

And to increase the touted benefit to consumers, the bureau seems to include interest or fees that have not come due. A reduction in an interest rate for future payments isn’t exactly dollars in the pocket. It is money saved or not spent in the future. Actual dollars in the pocket— funds paid by the institution to the consumer—were often very, very small checks.

And the sad truth is that it probably cost more to process those checks than the amount of the actual check. Not that it isn’t nice to get a check in the mail, but $2.40 will buy a cup of coffee at Starbucks and perhaps a daily newspaper.

Are revamped disclosure schemes paying off?

CFPB also boasts that its “Know Before You Owe” campaign has empowered millions of consumers to search for a better deal. These new disclosures, the bureau argues, provide “clear, reliable information” about financial products.

This, of course, doesn’t go far to explain why consumers are still confused. And some of us think that the good old TILA disclosures were pretty clear and reliable—at least when they were accurate.

CFPB’s disclosure enables consumers to shop for settlement costs, but the cost of credit is obscured—especially on the Loan Estimate.

And weren’t the new disclosures supposed to be shorter?

The bureau also brags about new rules that make the mortgage market safer for consumers. Sure, the rules provide protections.

There is Ability to Repay, protection in mortgage servicing, and protection in delinquency proceedings. But as any banker knows, the real benefit is measured not by the rule but by compliance with the rule. How is the CFPB doing on that score?

Unscrupulous lenders remain out there, luring consumers into traps with misleading advertisements. Consumers would be better protected if the CFPB did some enforcement in the predatory lending arena.

How about it, Mr. Cordray?

CFPB also boasts that it is curbing potentially harmful practices with new consumer protections—nationwide, no less. Never mind that federal laws and regulations are, by their very nature, nationwide—TILA, RESPA, ECOA, Fair Housing are all nationwide rules.

There are, however, abuses, such as those of payday lenders, that are only subject to state laws. Some of the states allow quite a bit of leeway when it comes to lending abuse. But at least the bureau is charging ahead with rules to protect consumers from payday lenders—nationwide. That will, if complied with, make a difference.

So, all this bragging. All these big numbers.

Is it actually new and different? Not really.

Are consumers better off? Some probably are.

Has the bureau done something the prudential regulatory agencies were not able to do? Not really.

Do we need the Bureau of Consumer Financial Protection? Good question.

More in this category: « Minor facelift for CRA “Wells Problem”: How could you stop it in your bank? »
back to top