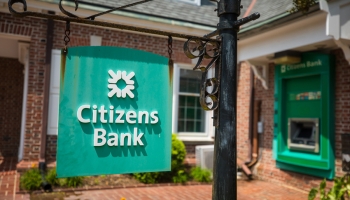 The consumer-focused regulator has filed a suit at the district court in Providence, Rhode Island, claiming that Citizens “automatically denied consumers’ billing error notices and claims of unauthorized use in certain circumstances” and “failed to fully refund finance charges and fees when consumers asserted meritorious disputes or fraud claims”.

The bank also failed to send required acknowledgement letters and denial notices in response to billing errors, the suit alleges.

The failures amount to breaches of the Truth in Lending Act (TILA), according to the lawsuit, as well as amendments to the act contained in two other regulations covering credit cards: the Fair Credit Billing Act and the Credit Card Accountability Responsibility and Disclosure (CARD) Act.

In an announcement on its website, the CFPB said: “The bureau alleges that Citizens violated TILA and Regulation Z by failing to provide credit counseling referrals to consumers who called Citizens’ toll-free number designated for that purpose.

The CFPB is seeking an injunction against the bank and a financial penalty and the imposition of civil money penalties.

Citizens Financial Group, Citizens Bank’s parent company, said in response to the bureau’s lawsuit that it would “vigorously challenge” the action.

While it acknowledged the operational errors, the bank said these affected “a very small subset” of customers and had been addressed. Citizens reported the issue to the CFPB while working to address the errors, and said it resolved them without receiving any customer complaints.

Citizens argued that the lawsuit was “legally unwarranted and includes demands far out of line with actual customer impact”.

“Nearly five years ago, Citizens self-identified operational errors that resulted in a small impact across approximately 2%, or about 25,000, of Citizens’ approximately 1.2 million credit card customers,” the bank stated.

“Citizens contacted the CFPB to report the issue while voluntarily beginning remediation efforts to ensure that no customers were affected. These efforts were all completed shortly after the issues were discovered and the bank did not receive a single customer complaint during or after the remediation.

“However, even after Citizens’ proactive remediation efforts and the nearly five years that have since passed, the CFPB has resurfaced this matter well beyond the expiration of the statute of limitations.”

The bank argued that the CFPB’s legal move had ignored “the swift, corrective actions” that it put in place, adding that the CFPB had previously described Citizens’ remedial work as “responsible conduct”.

Citizens also argued that it had “greatly exceeded” its regulatory obligations to remedy the errors. It paid approximately $750,000 to customers in remediation payments.

Stephen T Gannon, Citizens’ general counsel, added that the company was “puzzled and disappointed” by the action.

“Citizens fully addressed these matters within months of self-identifying, self-reporting and voluntarily remediating them more than four years ago,” he said. “The CFPB’s demands are wholly disproportionate to the issues at hand, and we strongly believe that the bureau’s claims are unwarranted on both the facts and the law. We intend to vigorously contest the CFPB’s claims and are highly confident in the merits of our position.

“We are proud of our commitment to transparency, our vigorous compliance programs, and our consistent effort to treat customers fairly and be a responsible company. We have received positive assessments of this program from all who have examined it, including the CFPB.”

According to the latest data from the American Bankers Association, covering the second quarter of 2019, the amount of new credit card accounts fell to 85 million, compared to 88 million new accounts in Q2 2018 and 91 million in Q2 2017.