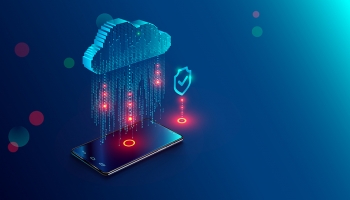 Financial services groups plan to accelerate their investments into “next generation” technology, according to a survey by Broadridge Financial Solutions.

The fintech provider said more than half of financial sector C-suite executives and senior leaders wanted to implement new technologies into their companies’ operations in the coming months.

Tim Gokey, CEO of  Broadridge, said banks and other providers that had already invested in “digital, cloud, and mutualized technologies” had proven to be “more resilient” during the COVID-19 pandemic.

Almost all of the more than 500 respondents said the pandemic would have an impact on their operating models and technology implementation strategies.

Nearly two thirds (63%) said they were increasing their investment into cybersecurity and risk management, while three in five said they would be “enhancing multi-channel client communications”.

Three quarters (72%) of respondents reported that “interactive digital technologies” were the most beneficial investment to have made prior to the pandemic. These included efforts to digitize portals for both customers and employees, Broadridge said.

More than half (58%) said they would increase their investment in these technologies, while 54% intended to allocate more resources to developing artificial intelligence solutions.

Fintech providers were also set to play a greater role in the industry in the future, respondents said, with 70% agreeing that their “ability to offer innovative uses of next-generation technology is now more important” in light of the COVID-19 pandemic.

One bank taking this to heart is The Peoples Community Bank in Wisconsin that has been serving the community since 1891.

The bank was one of hundreds of smaller lenders across the US that benefitted from the PPP, with many having added new customers through the support given during the pandemic. A recent survey reported that one third of small and midsized business were considering switching their bank as a result of their experience with the PPP.

The Peoples Community Bank has now expanded an existing partnership with fintech group Finastra to improve its operations and digital offerings, according to a press release published this week. The bank has adopted Finastra’s ‘Phoenix’ platform to accelerate the implementation of new features for its digital portals and expand its interactions with other fintechs.

Quinn Christensen, senior vice president of operations at The Peoples Community Bank, said: “As a small community bank, being able to leverage a relationship with a large international vendor like Finastra gives us the assurance that we will remain forward-thinking and competitive.

“A community bank of our size cannot afford to wait a year or even months to bring new services onto its core platform. Working with an innovator like Finastra will allow us to offer products and services on par with the largest global financial institutions, quickly and easily.”

Cross River Bank, a community bank based in New Jersey, has also leveraged fintech relationships to grow its audience beyond its local area. Its success was demonstrated during the pandemic as it facilitated more than 134,000 loans – the fourth-highest total in the country – worth a combined $5.4 billion.