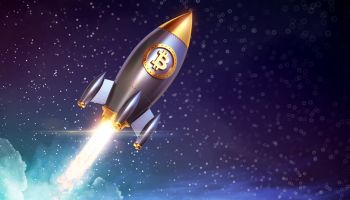 The last full week in October ended with some good news for the owners of cryptocurrency, and a mixed report for real estate owners.

Bitcoin is hardly near its all time high but it is having a positive bounce as October nears its end. The currency bounced 18% after a drop that rivaled its May low on Friday. Cryptocurrency traders stated that the decline reached a point where it seemed like the right opportunity at the $7,500 level. The currency jumped to over $8,500 on Friday afternoon after a drop to $7,305 just two days earlier. As is usually the case bitcoin goes up, the also-ran crypto currencies also rallied but the gains were a more modest 11% in aggregate.

According to the Commerce Department, new home sales in the United States declined .7% in September even as August’s sales pace was revised from 713,000 to 706,000 units. The median house price also declined to below $300,000, almost a 9% decline from a year ago.

While interest rates enticed some new home buyers into the market, it may not be enough to sustain a rally in the market. Price growth has outpaced wage gains. Rising prices also hurt existing home sales in September. The prices seem to be gaining momentum, but there is a lack of inventory and most analysts are not ready as of yet to call the next housing rally.