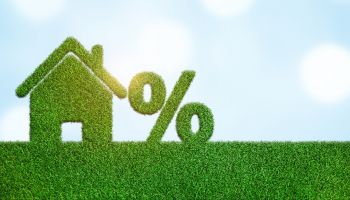 Last week, demand surged for mortgage applications as the volume was up 5% over the previous week thanks to long term interest rates falling again. The average interest rate is the lowest since August with a 30 year fixed rate at 3.90 percent for a conforming loan.

The real estate market could be helped overall even as the stock market plummeted last week, due in part to trade issues. As overall mortgage applications grew, the catalyst was primarily refinancing applications which grew by double digit percentages and was more than 2 ½ times the application volume as one year ago. The overall volume was about seventy percent higher than the year before.

While U.S. Banks may struggle on margins, the volume of business is expected to continue. If the rates have a positive overall effect on home prices heading into the spring of 2020, this can be good news for lending. The treasury rates moved significantly lower, more than the industry expected, which prompted home owners to act that were sitting on the sidelines.

Even though the mortgage applications for new homes fell slightly from the week before, it was more than 10 percent higher than the same time in 2018. Since the sharp decline in rates would not impact applications that quickly, the overall trend is hopeful for the overall real estate market.

As previously reported by Banking Exchange, overall consumer sentiment fell in September even as mortgage rates declined. However, the effect negative consumer sentiment has on the housing market might not be as negative as it could be on the stock market. If buyers feel empowered by low interest rates and see real estate as an alternative long term investment to the stock market, it could help the real estate market heading into the new year.

The economy will need to stay stable with unemployment numbers staying at historic lows, while interest rates also stay at historic lows. While it is possible, that is a difficult result to predict especially during an election year. Mortgage applications for the purpose of refinancing, however, will likely continue to surge for the next several weeks.