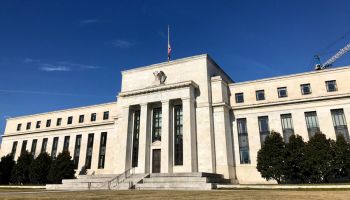 The Federal Reserve seems to be signaling a set of rate cuts before the end of the year, and now Wall Street is predicting how many, and not if they will lower rates. Additionally, Ned Davis Research pointed to another way the fed could likely boost the economy.

If the central bank eliminates its plan to clear its balance sheet, that could be a major boost to the economy and send the markets even higher during the summer months. Joseph Kalish of Ned Davis Research stated, “It would be harder for the Fed to explain why they were cutting rates and letting the balance sheet continue to run-off. That would be like pressing on the gas and the brakes at the same time.”

The language of the Federal reserve went quickly from optimism to concern for the economy earlier this month while economic indicators showed little chance for inflation to tick up. The stock market, for its part, is now close to record levels and few analysts are predicting a correction in the summer months.

The implication for banks is that there can be new opportunities for lending due to the combination of lower interest rates and quantitative easing. The Federal reserve faced intense scrutiny by President Trump for raising interest rates several times last year, and it now seems the President was right, at least through the present eyes of the Federal Reserve Chairman.

While President Trump will face questions on foreign policy as well as unkept border security promises in the 2020 election year, heading into the summer of 2019 the Federal Reserve is beginning to see things Trump’s way for better or worse. It could mean he will either celebrate continued growth or face taking ownership of a struggling economy if it comes.