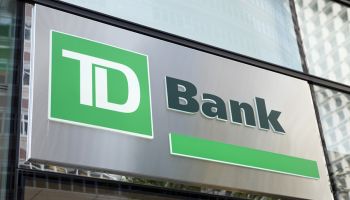 TD Bank and Strategic Treasurer released their 2019 Treasury Perspectives Survey. The survey polled corporate bankers as well as treasury professionals.  The 340 executives were made up of both the United States and European based participants and focused once again on forward looking perceptions  on the economic climate.  It also questioned people on how technology and regulation might effect the economy and what major concerns they have moving forward.

One of the key things asked was what the bankers and treasurers thought of the present climate in terms of regulations. A slight majority found that oversight was higher at present than typical, which is interesting given the overall strength of the economy in the United States. Given the fact that the Trump administration has been entrenched in trade negotiations since his administration began, and more recently with China, an even more surprising result of the survey was surrounding trade. A strong majority of the organizations stated that trade conflicts such as tariffs and anticipated trade conflicts have not effected business. The report showed 65 percent of those surveyed stated their lack of concern.

The survey was split on the impact that changes in the tax code have had on business.  While 44 percent stated that the tax reform would have little impact on their business, the previous year showed 42 percent being optimistic about the tax reform. Interestingly, some of the banks that Banking Exchange follows have noted in their annual reports that the lower corporate tax has helped earnings.   The survey did not break down the perception between banks and treasury professionals.

As with most surveys that Banking Exchange has reported on, the TD Bank and Strategic Treasurer survey showed a slightly cautious tone compared with the previous year, with optimism of GDP growth in their home country down 10% from the previous year.

The biggest concern expressed was a rise in interest rates, however, with 56 percent of the North American respondents showing concern. However, a complex regulatory environment comes in at 34 percent and political concerns at 38 percent.  It is worth noting that the survey was taken before Theresa May’s latest Brexit vote failure, which could eventually increase global economic concerns.