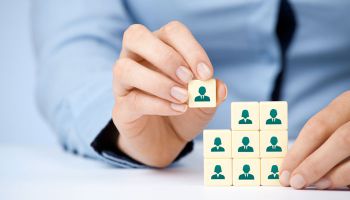 H.R. 5266 would put a renamed CFPB under a five-member commission rather than the current single-director setup.

Amid the week’s flurry over passage of S. 2155, the Senate’s Dodd-Frank reform package, a small bipartisan group of House members introduced a bill that would change the structure and name of the Consumer Financial Protection Bureau.

Under the bill the commission would consist of five members, including a chair. Each member would sit for five years and could be removed for “inefficiency, neglect of duty, or malfeasance in office.” The initial commission would be appointed to terms of one, two, three, four, and five years, to provide for staggered terms.

All seats would be subject to Senate confirmation and the existing director of CFPB at the time of enactment would serve as the first commission chair until all members of the body were appointed and approved. No more than three members of the commission could be of the same political party.

The banking lobby has objected for years to CFPB’s being headed by a single director, initially Richard Cordray and currently Mick Mulvaney, head of the Office of Management and Budget, as acting director. The example of FDIC was often cited as a potential model. In that case the FDIC board consists of a chairman, a vice-chairman, another internal director, and, from the outside, the Comptroller of the Currency and the CFPB Director.

Introduction of H.R. 5266 is not the first time the idea of changing the bureau’s structure has been proposed legislatively. The concept was part of the Financial CHOICE Act, originally, but when that bill passed the House last year the provision was changed. As passed, it called only for the ability of the President to remove a CFPB Director at will. The current standard is for cause, and HR. 5266 retains the same standard.