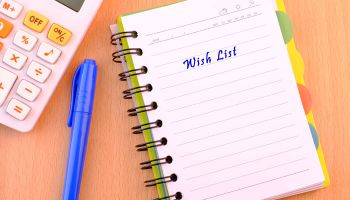 Bankers now have a chance to weigh in on their views regarding regulations adopted by the bureau since its establishment. The bureau wants comment on both potential changes and what commenters think should be left as is.

Bankers and their trade associations have spent most of the short life of the Consumer Financial Protection Bureau beefing about its regulations, both in substance, application, and, frequently, the bureau’s way of issuing changes and updates while initial compliance is pending. Now the bureau’s “new management” wants to hear comments about content, as part of its series of requests for information regarding CFPB practices and policies.

Acting Director Mick Mulvaney has been slicing and dicing bureau activities finely. Last week the bureau requested comment on its rulemaking process. In the future it plans to request input on CFPB regulatory implementation and guidance.

On March 14 CFPB issued a request for input on the content of most of its outstanding rules. This covers those rules CFPB put in place in accord with federal legislation or on its own initiative. (Rules inherited from other agencies when the bureau was established are not part of this request.)

Several regulations are specifically not part of this because they have already been the subject of specific requests for comment as part of internal assessments of their performance as mandated by the Dodd-Frank Act. The Act requires CFPB to conduct such assessment within five years of a rule’s adoption.

What bureau is looking for

Broadly, the bureau is seeking suggestions regarding potential updates or modifications of its adopted rules. It also wants input on what commenters believe should not be modified.

• Where regulations might be tailored to specific types of institutions or to institutions according to their size. Tailoring has become a goal in pending banking regulatory reform on Capitol Hill.

• Instances of “unintended consequences”—that’s a phrase the banking lobby has used about Dodd-Frank provisions for years.

• Situations where bureau rules overlap or conflict with other laws or rules, “in a way that makes it difficult or particularly burdensome for institutions to comply.”

• Instances where bureau rules “are incompatible or misaligned with new technologies.”

• Cases where modifications could provide further protection for consumers from identity theft. Bureau efforts that expose consumer data have been a concern for Mulvaney.

The document also requests suggestions for pilots, field tests, demonstrations, or other efforts that the bureau could use to better measure costs and benefits of its rules. Such efforts could also be used to make compliance more efficient and effective, the announcement suggests.

The latest request was expected to be published in the Federal Register on or around March 19.