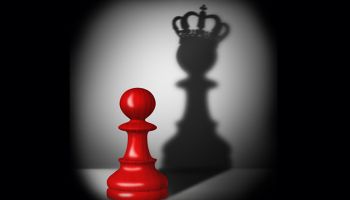 Stock volatility and shrinking profits are two factors pushing banks toward M&A in 2015, and some financial institutions might look to join the growing ranks of banks that have done "transformational" deals in the past few years.

Stock price volatility is being driven primarily by events in Europe and in U.S. oil patches, while profitability is well below what the sector experienced in the middle of the past decade and will likely not be returning to those levels anytime soon, John Duffy, vice-chairman of Keefe Bruyette & Woods, said recently at Bank Director's “Acquire or Be Acquired” conference. He said the M&A topic is on the tongue of practically every community bank CEO.

"This really feels like we're back in M&A," Duffy said.

Duffy believes there are too many banks across the country that do not have a profitable business model and that need to find a partner. There is a bit of a lull in deal-making right now, but Duffy said the issues driving more deals are still present.

"The pressure for mergers is as evident as it's ever been," he said.

Keefe Bruyette & Woods' Ben Plotkin said that for years, attendees at the “Acquire or Be Acquired” conference have been wringing their hands and saying how hard it was to merge like-sized companies.

"But the fact is they are getting done," Plotkin said.

Since the start of 2013, there have been about 28 such deals completed nationwide, with book values between $100 million and $2 billion, he said. Average tangible book value dilution on those deals was about 7%, and the average earn-back period was about 3.3 years.

Montebello, N.Y.-based Sterling Bancorp President and CEO Jack Kopnisky has been involved in two such deals in recent years. Sterling merged with Provident New York Bancorp in 2013 and then announced plans to acquire Hudson Valley Holding Corp. in a deal expected to close later in 2015.

Kopnisky said there are two parts to any deal—the financial aspect and the cultural portion.

He said he would argue that the cultural aspect is even more important that the financials.

"The math either works or it doesn't, but the cultural side is the tough part," Kopnisky said. "Do they believe in the same things that you believe in?"

He said that understanding the belief system of the other company is critical but no different than dealing with a prospective client whose business the bank might be seeking. "A lot of times reputations are one thing, but when you start to meet the people, talk to people in the community, talk to investment bankers … that's when it resonates," he said.

Kopnisky said it is important to take a "timeout" before signing off on a transaction. "Is this a deal you feel proud of standing up and telling the world?" he said.

Frank Sorrentino III, chairman, president, and CEO of Englewood Cliffs, N.J.-based ConnectOne Bancorp Inc., agreed about the importance of culture in any deal, saying it was the toughest aspect in the company's deal with Center Bancorp Inc. He said there can only be one culture at a company, although he has seen banks operate with two. "They're typically called ‘failures’," he said.

Sorrentino said the most important deal for a bank is often one it passes on.

"It's important to recognize when to walk away," he said.

Curtis Carpenter, managing director of investment banking at Sheshunoff & Co., said many banks are looking to solve their profitability problems through M&A.

However, Carpenter added that acquirers have to accept the fact that they will likely be paying retail prices as the number of problem banks has dwindled to a couple dozen across the country. Carpenter said M&A has returned to its pre-crisis levels with nearly 290 deals in 2014 and that 2015 should see a similar number of transactions.