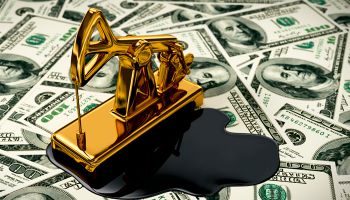 Rebounding oil prices have injected a dose of optimism into the energy sector, but bankers in the Gulf South and Texas say credit troubles could still emerge, particularly related to oil-field service companies.

The loan charge-offs reported by many banks active in the oil patch in the first two quarters of 2016 are likely to continue in the second half of the year.

Bankers who spoke recently at Raymond James' annual U.S. bank conference in Chicago said per-barrel oil prices that have recently hovered in the $40s, well above lows in the $20s reached in the first quarter of this year, have given exploration and production companies reason to build up activity. That could bode well for their revenue levels and diminish the likelihood of new credit problems.

Oil-field services companies, which rely on robust E&P activity and investment to fuel demand for their products and services, have struggled the most and likely will take the longest to recover. Bankers said oil prices would need to climb into the $60s and remain near that level for E&P companies to boost oil rig counts and production activity enough for many oil-field services operations to get the business they need to generate the free cash flow necessary to be considered healthy.

"It's a strong storm that's still brewing on the horizon," said James Abbott, director of investor relations at Zions Bancorp.

With economies in many parts of the world struggling, the demand for oil heading into the fall is uncertain. So, while oil companies and their banks are encouraged by the recent upswing in prices, few are calling an end to an energy slump that dates to the summer of 2014 when prices hung above $100. An abundance of global supply and waning demand put downward pressure on prices that has yet to fully abate.

"I don't know that the final story of the cycle has been told yet," said Sam Kendricks, chief credit risk officer at Hancock Holding Co. Given the severity and length of the downturn, he said banks will experience further losses on energy borrowers.

IBERIABANK Corp. Treasurer and CFO Anthony Restel said oil prices not only need to climb, but they need to prove sustainable at higher levels before substantial new investment in production and related work is likely.

That noted, Restel echoed colleagues at the conference when he said there are no glaring signs that weakness in energy has infected the broader economy. To be sure, commercial real estate in energy-centric Houston has softened, but the economy overall in Texas' largest city continues to grow modestly.

Other prominent markets in the state, including Dallas, are bustling. Bankers said the economies of cities in Texas and across the Gulf South have grown more diverse over the past few decades, making them stronger and better able to weather energy downturns.

LegacyTexas Financial Group Inc. President and CEO Kevin Hanigan agreed. "The contagion just hasn't been there," he said at the conference. LegacyTexas is based in metro Dallas.

Importantly, he and other bankers said they are not abandoning the oil patch. Many at the conference said they remain committed to the sector long-term and are lending to well-positioned energy clients now. To account for the risk amplified by the current oil slump, bankers said they are garnering improved pricing and structures on new energy credits.

"This is a good time to be underwriting," Hanigan said.

But, he added, until oil prices climb back to the $60s and remain near that level, many banks' energy clients will be operating in a challenging era of uncertainty. "There's still more pain to come," Hanigan said.

Bankers noted that oil prices are influenced by myriad factors, including global demand that is dependent in part on shaky economies, as well as countries in the Middle East and elsewhere that are major oil suppliers. Such countries could influence prices by scaling back on production or ramping it up, and future moves could infuse volatility back into the oil industry.

"There will be some bumpiness as we complete this cycle," Hanigan said.

This article originally appeared on SNL Financial’s website under the title, "Conditions better, but storm still brews in energy lending"