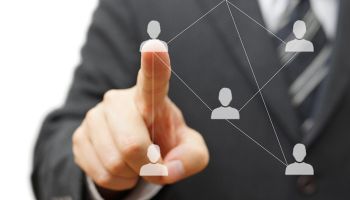 The CECL countdown is longer for some, but the clock is running for all banks.

Only 3% of community banks sampled in a survey by the Risk Management Association say they are ready for implementation of the upcoming Current Expected Credit Loss standard.

The survey reported that 48% of respondents indicate that they are in the early stages of gathering data for CECL compliance. CECL addresses new requirements for setting banks’ allowance for loan and lease losses.

The report, which covers issues beyond CECL, was conducted among 156 banks with under $9 billion in assets between mid-February and mid-March. Both members and nonmembers of RMA were included in the poll.

The effective date for CECL, issued by the Financial Accounting Standards Board, varies depending on a bank’s status. For example, institutions that file reports with the Securities and Exchange Commission face an effective date of March 31, 2020. Furthest out are institutions not considered a “public business entity,” which don’t have to report in compliance with CECL until Dec. 31, 2012. Early application of the standards is permitted. In mid-April federal banking regulators issued a notice of proposed rulemaking that addresses transition to CECL under regulatory capital standards.

The RMA survey indicates that 39% of respondents plan to outsource CECL compliance to some degree. Of those banks, 28% said they lack the internal resources to handle the complex new rules.

More generally in the lending area, the survey found that many banks expect to increase lending—80% in C&I loans, 70% in commercial real estate loans, and 67% in small business loans. However, respondents also flagged areas where they intend to cut back—multifamily loans, 14%; home equity lines of credit, 13%; and hospitality lending, 13%.

The survey found that:

The survey reported that:

The survey notes that nearly one in four banks said that they have left the residential mortgage market. One in three of those banks said increased costs, including regulatory expenses, were the reason.

The survey revealed some dissatisfaction with recent examinations.

• Among those last examined by FDIC, 76% said the exam provided a fair assessment of their bank. This was down from 86% in the RMA 2017 survey.

• Among those last examined by the Federal Reserve, 77% indicated that they felt that the Fed had provided a fair assessment of their bank. This was down six percentage points from 2017.

• Among those last examined by the Comptroller’s Office, 84% felt the OCC exam provided a fair assessment of their bank. This was down only two percentage points from 2017.

Half of the survey sample indicated that they plan to be involved in M&A in the next 24 months. Of those banks, 23% cite expansion to new markets as the prime motivation.

More in this category: « The real job of third-party risk management Not all “Passes” created equal »
back to top