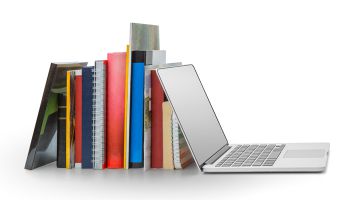 With the burgeoning, ever-expanding world of technology in banking comes, in lock-step, the invention, application, and intensification of associated terms to go along with it.

As part of a continuing series of such columns, this week’s blog highlights some terms that are relatively recent additions to the world of banking and fintech.

First, a few outside of cybersecurity

Dark fiber—Not to be confused with the “dark web,” which is the nefarious underworld of the internet. Dark fiber is actually a good thing.

As explained by Chris Janson, product marketing manager for optical networking at Nokia in a recent essay, the term comes from the notion that traffic-carrying optical fibers in communication networks are lit up when operational. However, the unused fibers in those networks are not lit, and therefore, dark—but ready when needed.

When the installation of such networks began during the 1980s and 1990s, many were overbuilt in anticipation of continuing increase in bandwidth demand. In the meantime, subsequent technologies have increased the practical capacity of optical fiber.

As a result, a market has emerged where various enterprises that happen to need connectivity between their various offices, etc., and are conveniently located near such fiber networks can lease space on the unused, or dark, optical fibers.

“The prevalence of dark fiber, together with the proximity of collocated data centers and disaggregated optical transport equipment, is putting private optical networks within reach of many enterprises,” says Janson.

For example, Zayo Group Holdings Inc., which operates a 122,000-mile network in the U.S. and Europe, announced last year that an unnamed U.S.-based multinational bank will use 1,100 miles of dark fiber to connect data centers in four states.

“The route provides the customer with the shortest option between two key markets, which requires the least amount of optical equipment,” says Jack Waters, CTO and president of Fiber Solutions at Zayo.

Reskilling (or upskilling)—Not to be confused with retraining, this term is used in the context of addressing the skills gap that advancing technology produces, even among staff that already have technological skills.

Deloitte earlier this year, in its 2018 Banking Industry Outlook, lists as one of its six macro themes “reimagining the workforce.”

“While it is tempting to think that technical talent might be all that a bank really needs to succeed in a technology-driven world, it would be short-sighted to ignore the value of enduring human skills,” Deloitte says.

It gives as an example Singapore’s DBS Bank, which has invested heavily to train its existing workforces in digital banking and emerging technologies, via an AI-powered eLearning platform, curated curriculum, and module delivery.

Accenture as well, in a recent report, calls for banks to invest in reskilling their workforces, particularly to seize AI-driven growth opportunities.

“Banks’ lack of commitment to upskilling and reskilling employees to learn how to collaborate with intelligent technologies will significantly hinder their ability to deploy and benefit from them,” says Alan McIntyre, senior managing director at Accenture and head of the company’s banking practice.

Remote biometric card enrollment—For now, this is the domain of Mastercard, which announced May 1, that it is the first to develop a way for people to register their fingerprint onto their biometric card from anywhere they choose.

It’s no great leap to predict that other card companies will follow suit. Already, Visa has launched a pilot program to test the use of fingerprint recognition as an alternative to PIN or signature to authenticate the cardholder during a transaction.

The difference with the Mastercard system is that customers would receive a battery-powered sleeve that fits over their card. Their fingerprint is scanned by the sensor on the card and an encrypted digital template is created and securely stored.

Such systems likely will become more common. As Visa’s Jack Forestell, head of global merchant solutions, says, “The world is quickly moving toward a future that will be free of passwords, as consumers realize how biometric technologies can make their lives easier.”

… and now to the world of cybersecurity

Identity proofing—Related to the above, here, again, biometrics could play a big role in mobile onboarding.

David Benini, vice-president of marketing at Aware, Inc., writes in a blog, “Mobile onboarding is the next frontier. It gets customers almost effortlessly, even if for a small account or credit line to start … Banks offering mobile onboarding need to ensure that fraudsters are prevented from exploiting the service. Identity proofing is essential.”

Facial recognition algorithms, for example he says, could help in at least two ways. They could incorporate “aliveness” requirements (i.e., having the customer wink or smile during the signup) to make sure someone isn’t just holding up a picture of someone else. And it could compare faces with a database of known fraudsters.

As just one example, last fall, Javelin Strategy & Research named LexisNexis Risk Solutions as a leader in identity proofing, due to its ability to monitor consumer behavior and ability to simplify the deployment of multi-layered fraud prevention.

Synthetic identity fraud—This has been around for at least 15 years, according to Equifax, but has recently ballooned in seriousness.

Essentially, a synthetic identity is created in five simple steps: Obtain a social security number of another person; fabricate a name to be used with the number; create false birth dates that tend to match the appearance of the fraudster in case any in-person appearances are required; create an address to receive mail fraudulently; and provide phone numbers that will probably be untraceable, or stale, by the time the fraud is realized.

Fraudsters then open accounts at different organizations, check their credit scores, bide their time—and then cash in to withdraw as much as they can.

Aite Group, in a recent report, calls synthetic identity fraud “the elephant in the room.” It estimates that the practice produced losses exceeding $800 million in 2017.

“Modern criminals have been able to take synthetic identity fraud to a whole new level. This form of fraud is the new elephant in the room—a problem that is rising to epic proportions but that many have yet to acknowledge,” says Julie Conroy, research director at Aite Group.

More in this category: « What do customers really want? Digital transformation remains headache for many banks »
back to top