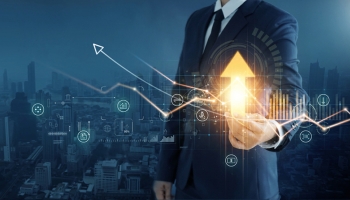 Virtual cards are expected to account for more than 121 billion transactions globally by 2027, according to new research.

Market research company Juniper Research forecasts growth of approximately 340% in the next five years for users of virtual cards, which are digital replications of physical credit or debit cards. Digital wallets such as Apple Pay and Google Pay are set to drive this growth, Juniper said.

Approximately five billion virtual card transactions will be facilitated by mobile payment methods this year, the researchers reported, with this figure set to grow significantly over the next five years to reach 53 billion transactions in 2027.

Virtual cards were of particular interest in developing markets and among unbanked or underbanked populations, the research said, as they represented a convenient and accessible form of cashless payment.

By 2027, the US business-to-business market for virtual cards is expected to hit $71 billion in revenue, Juniper said, representing 72% of the global total. The researchers predicted that the healthcare sector would be a key driver as organizations seek to pay for supplies and equipment through an efficient and secure digital method.

Separate research from Irish company ResearchAndMarkets.com has forecast that the total value of digital wallets in use around the world could be worth “trillions of euros” by 2026.

Use of digital wallets has increased rapidly in recent years, helped by the growing popularity of cryptocurrencies as well as the huge switch to cashless and online payments during the Covid-19 pandemic.

Almost half of online merchants surveyed by ResearchAndMarkets.com that did not already accept digital wallet payments said they planned to do so.

While digital wallets are still in their infancy in North America, ‘buy now, pay later’ (BNPL) services such as Klarna are on the increase. ResearchAndMarkets.com’s report forecast that the number of BNPL users would more than triple by 2025 in the US.