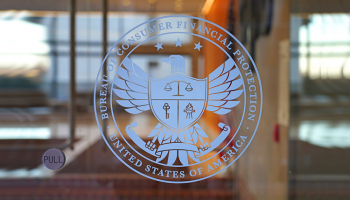 The Consumer Financial Protection Bureau (CFPB) has been asked to rescind a recent amendment to its examination manual, designed to target discriminatory behavior in banks and other financial institutions.

The Bureau made amendments to its examination manual in March to reflect its view that discrimination can be included under its remit to tackle “unfair” practices.

The CFPB also said it would begin examining financial institutions for alleged discriminatory conduct deemed to be “unfair” under its “unfair, deceptive, and abusive acts or practices” (UDAAP) authority.

However, several trade associations have now argued congress did not authorize or intend for the CFPB to “fill gaps” between the boundaries of antidiscrimination statutes within its UDAAP authority.

In a joint whitepaper to the Bureau’s director Rohit Chopra, the trade bodies said they would not support the CFPB's recent actions to extend fair lending laws beyond the bounds carefully set by congress.

It has been claimed these steps have exceeded the CFPB’s legal authority.

The trade bodies highlighted that for many decades, congress never used the two statutory concepts “unfairness” and “discrimination” interchangeably: “Rather, they are distinct, and each has a well-established meaning and scope of application.”

The analysis identified that the new manual and related CFPB actions are "contrary to law and subject to legal challenge" as well as potential congressional action under the Congressional Review Act.

Additionally, the trade bodies suggested that the bureau’s recent actions have “tremendous implications for consumers, for banks, and for financial markets at large."

As highlighted in the whitepaper, the CFPB’s conflation of unfairness and discrimination also ignores the text, structure, and legislative history of the Dodd-Frank Act, which discusses "unfairness" and "discrimination" as two separate concepts.

If the CFPB believes additional authority is necessary to address alleged discriminatory conduct, then the trade bodies said they “stand ready to work with congress and the bureau to explore that possibility and to ensure the just administration of the law”.

Discrimination has been a recurring focus for the CFPB’s Chopra. In November 2021, he warned the Senate Banking Committee about companies using discriminatory algorithms.

He told Senators these organizations had to be held accountable for such practices.