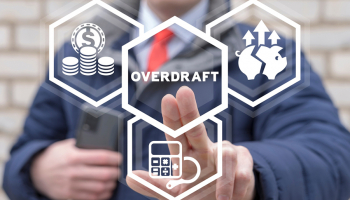 The American Bankers Association (ABA) is calling for US lawmakers to reject rules limiting overdraft fees charged to customers.

The ABA laid out its concerns in a statement to a subcommittee of the Senate Banking Committee, which was exploring measures introduced under the Stop Overdraft Profiteering Act of 2021.

This act, if passed in its current form, would prohibit banks and other depository institutions from charging consumers more than one overdraft fee in a month and more than six overdraft fees in a year, among other provisions.

The ABA argued that such restrictions on overdraft may lead financial institutions to stop offering these services, which would result in significantly more returned checks and declined transactions.

It also argued that technological innovations from banks — such as mobile apps and text alerts — had made it much easier for customers to manage their overdrafts and avoid charges.

The association argued that consumers should be able to choose from options such as revolving credit, instalment loans, single payment loans, and overdraft protection services.

Overdraft protection services were “an important source of liquidity for many Americans”, the ABA said, and were highly valued by customers.

A 2022 Morning Consult survey cited by the ABA found that nine in 10 consumers (89%) found their bank’s overdraft protection valuable, while 61% felt it was reasonable for banks to charge a fee for this service. Three-quarters (74%) said overdraft fees were reasonable if they helped large payments such as mortgage or rent bills to be covered and paid on time.

The ABA called for the Consumer Financial Protection Bureau to carry out its own consumer research, and urged Congress not to base its decisions on “selective anecdotes, unsupported assumptions about consumer behavior, or… its own view of what is ‘best’ for consumers”.