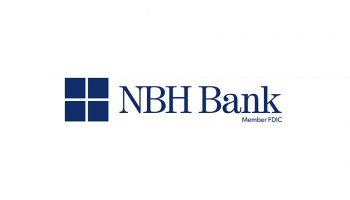 Colorado-based National Bank is to acquire the Bank of Jacksfon Hole in a $230 million deal, the companies announced this week.

The acquisition will see National Bank Holdings Corporation strengthen its position in the fast-growing Rocky Mountain region, according to a statement from the bank.

Upon completion of the transaction, expected in the second half of this year, National Bank will have approximately $8.8 billion in assets and $7.7 billion in total deposits.

Tim Laney, chairman, president and CEO of National Bank, said the acquisition would strengthen his bank’s presence in the Rocky Mountains region.

“Together our organizations will offer expanded banking services for our clients, enhanced career opportunities for our associates, and a strong commitment to making a difference in the communities we serve,” Laney added.

Pete Lawton, chairman and CEO of Bank of Jackson Hole, will continue to lead the bank in Wyoming and serve in a strategic leadership role at NBH Bank, National Bank’s subsidiary.

The transaction is supported by both boards of directors and is subject to regulatory and shareholder approval.

The deal was initially scheduled to be completed by March 31, 2022, but has been extended by three months as the companies wait for regulatory approval for the deal.

The delay comes as federal authorities and state regulators are starting to scrutinize credit unions’ merger and acquisition activities involving banks. The American Bankers Association has called on regulators to block such deals.