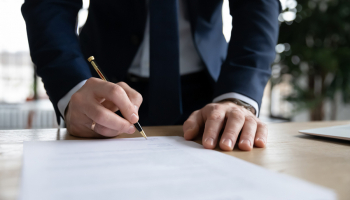 Several major banking sector deals have concluded in time for the end of 2021-22 financial year.

M&T completed its $8.3 billion acquisition of People’s United Financial on April 2, 2022. The acquisition is aimed at expanding M&T’s reach into new regions beyond its current 12 state span to reach a greater range of clients.

The newly combined company employs 22,000 people across 1,000 branches. People’s United clients will continue to receive service from current branches, web pages and other systems until all are fully converted to M&T systems. This process is expected to be completed by the third quarter of 2022.

Elsewhere, FirstSun Capital Bancorp and Pioneer Bancshares have completed their merger, with the combined company set to operate under FirstSun and Sunflower Bank brands.

FirstSun has $7.3 billion in total assets following the deal, based on December 31, 2021 data. Pioneer Bank, a subsidiary of Pioneer Bancshares, has also been merged into Sunflower Bank.

Needham has hired the entire team and is subletting Eastern’s Medford branch to enable continuity for customers.

In Arkansas, Home BancShares has completed its acquisition of Happy Bancshares, adding more than $6.8 billion in assets. The combined company now operates more than 200 branches across Arkansas, Florida, Texas, Alabama, and New York.

Separately, Citizens Financial Group and Investors Bancorp are expected to complete their merger this week, according to a statement. The merger has received approval from regulators including the Federal Reserve and the Officer of the Comptroller of the Currency, but remains subject to meeting closing conditions.