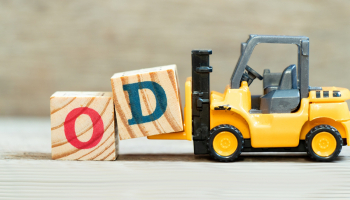 The Consumer Financial Protection Bureau (CFPB) said it will ‘take action’ on overdraft fees and “enhance its supervisory and enforcement scrutiny of banks that are heavily dependent on overdraft fees.”

The report which was published alongside data on maintenance fees and ATM fees, used information supplied by core processors from 2014.

The CFPB noted that this data “may not always reflect current practices and outcomes”, but represent “the most detailed and wide-ranging quantitative data the bureau or others have collected on overdraft practices at small institutions”.

A statement from the American Bankers Association (ABA) challenged the bureau’s findings and its criticism of the banking industry.

Rob Nichols, ABA president and CEO, said: “The research released today by the CFPB paints an unrecognizable picture of the largest, most diverse financial services marketplace in the world.

“Banks across the country provide overdraft-free account options, including Bank On-certified accounts available at institutions making up more than 50% of the US deposit market share. Indeed, as the CFPB’s own research shows, overdraft and non-sufficient fund fees fell by 26.2% percent in 2020.”

“Under federal rules, customers can only receive debit card and ATM overdraft protection by opting in, and they can opt out at any time,” he added. “Banks provide customers with multiple tools to help them manage their accounts and avoid overdrawing, including text alerts about low balances and the ability to monitor their accounts digitally.”

Nichols said a more comprehensive analysis by the CFPB would have provided ‘important context’ that would have better informed consumers about the choices available to them.