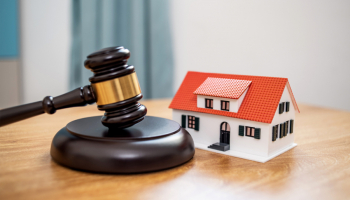 The Office of the Comptroller of the Currency (OCC) is fining Trustmark National Bank $4 million.

According to the government agency, the bank denied residents in a minority area of Memphis equal access to mortgage loans between 2014 and 2016.

The OCC said this was made clear when the bank’s mortgage application process was examined, alongside its branch history, mortgage loan officer structure and operations, and its marketing and advertising.

Based on its findings, the OCC concluded that the bank violated the Fair Housing Act and its associated regulation, including that discrimination in the sale or rental of housing is prohibited.

A separate settlement between the bank and the Department of Justice and the Consumer Financial Protection Bureau was also announced.

The settlement will require Trustmark to place $3.85 million into a loan subsidy program for impacted neighborhoods.

The $4 million civil money penalty, on the other hand, will be paid to the US Treasury.

Hsu said: “Anyone who works in the field of fair lending knows that modern day redlining is not always about drawing red lines on a map. It more often involves a bank simply creating barriers that limit lending services to certain groups or communities.”

“This modern redlining, while equally pernicious, is often more subtle, harder to detect, and resource-intensive to find. It takes each of us marshalling all of our forces and resources to root it out and stop it,” he added.

The bank was issued with a $250 million fine from the OCC.

The regulator said the bank failed to set up a satisfactory loss mitigation program for its mortgage lending business.