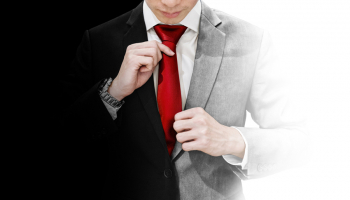 Two senators have moved to limit the federal government’s ability to award contracts to banks that apply social policy screens.

Republican senators Kevin Cramer and John Kennedy have reintroduced a bill, called the ‘No Red and Blue Banks Act’, which seeks to prohibit the General Services Administration from working with banks and other financial institutions that avoid conducting business with companies “based solely on social policy considerations”.

“Banks should not be the arbiters of constitutionality,” said Senator Cramer. “Our legislation would ensure financial institutions cannot do business with the federal government if they do not respect the constitutional rights of their customers.”

Many banks have taken action to reduce the amount of business they do with companies known to have a negative effect on social or environmental causes. In 2018, banks including Citi and Bank of America imposed an extra-legal requirement on gun sales made by its partner businesses, citing social concern about gun violence as motivation to act.

However, Senator Kennedy said: “If banks want to become political actors and impose their policy positions on Americans, they shouldn’t get to rake in taxpayer dollars from government contracts. The No Red and Blue Banks Act would block banks that discriminate based on their own political values from profiting off federal contracts.”

Both senators have been working to address what they believe is discriminatory behaviour by large financial institutions. They have also advocated for equal access to financial services offered by big banks, specifically in reference to the energy industry as banks have begun to reduce the amount of business they do with carbon-intensive companies.

Senator Cramer is leading the Fair Access to Banking Act, a bill backed by over 30 senators and a wide array of stakeholders, which would prevent financial service providers from discriminating against “constitutionally-protected industries and law-abiding, credit worthy” businesses.

The rule subjected the largest banks to scrutiny when they deny services to any customer based on ESG risks.

However, since President Joe Biden took office, he has sought to roll back many of the anti-ESG policies put in place by his predecessor. Last week he signed an executive order empowering regulators to reverse or scrap Trump-era policies that limited sustainable and responsible investment.