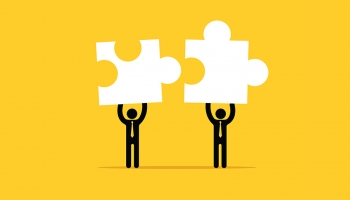 A wave of fresh mergers and acquisitions (M&A) involving US banks has seen multiple deals announced over the past two weeks.

Many of the deals involve community banks. In a report published in late October, investment manager FJ Capital predicted a significant increase in M&A activity, with the total number of banks in US set to fall by up to 50% in the next 10-15 years.

The proposed merger would create a $9.7 billion banking group with locations in 17 states.

The combined company will have $710 million in assets and nine branches across Oregon.

Joan Reukauf, president and CEO of Willamette Community Bank, said the combination would “be better positioned to meet the needs of our customers and communities and provide greater opportunities for our employees”.

The deal is expected to close in the second quarter of next year, subject to regulatory approval. The acquisition will increase United’s total number of branches to 41 and total assets to approximately $3.5 billion.

Edgewater Bank operates five bank branches in Southwest Michigan and had approximately $249.1 million in assets as of 30 September 2020.

Bridge Bancorp, which owns BNB Bank, plans to merge Dime into BNB when the deal completes. The deal is still subject to shareholder approval.

In Florida, $169 million community bank Anchor Bank has agreed a merger with the Home Federal Bank of Hollywood, also based in Florida.

Home Federal Bank of Hollywood has $58 million in assets and one location. Following the merger, which is subject to regulatory and shareholder approvals, it will be rebranded as Anchor Bank.

Back in New York, Rhinebeck Bank has acquired two leased branch offices in Orange County and their related deposits from ConnectOne Bank, based in New Jersey.

The deal, which should add more than $50 million in deposits for Rhinebeck Bank, is expected to close late in the fourth quarter of 2020 or early in the first quarter of 2021, subject to regulatory approval.

“This transaction accelerates our previous stated goal of expanding our presence in Orange County. We are excited to enter this new market and bring our relationship-based banking model to this vibrant community,” said Michael Quinn, president and CEO.

Meanwhile, Wichita-based Equity Bank has announced the acquisition of failed Almena State Bank in Kansas in a federally approved plan.

Equity Bank stands to acquire all of Almena State Bank’s $66.5 million in assets as well as two branches. Following the acquisition, Equity has $3.9 billion in total assets and a 51-strong branch network across four states.

Almena State Bank was closed by state regulators on 23 October, the fourth banking failure of the year.

Meanwhile, Pinnacle Bankshares has finally completed its merger with Virginia Bank Bankshares after the deal was delayed due to the impact of the Covid-19 pandemic.

The combined entity has approximately $796 million in total assets, $719 million in deposits and $572 million in loans.

Virginia Bank and Trust Company will become a division of Pinnacle’s First National Bank until operating systems are converted in February 2021, Pinnacle said in a statement.