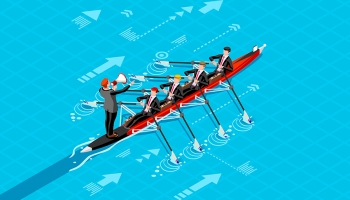 Synovus – The $54 billion banking and financial services giant has appointed Pedro Cherry to its board of directors.

Cherry is currently president and CEO of Atlanta Gas Light and Chattanooga Gas, as well as long-serving executive of Georgia energy group Southern Company. He has been a member of Synovus’ North Georgia Division advisory board since 2017.

Kessel Stelling, chairman and CEO of Synovus, said: “As a veteran of the energy and utilities industry, [Pedro Cherry] also has a unique perspective on the economic and business climate of Synovus’ home state and operating footprint.”

Cherry has held several senior leadership positions at Georgia energy companies over the past 25 years. He served in several senior roles Georgia Power from 2010 before assuming his current position at the start of August this year.

United Bank – Dr Patrice Harris is to join the board of United Bankshares from October 1, 2020, the bank holding company has announced.

United’s chairman and CEO Richard Adams described Dr Harris as “a passionate leader, internationally-recognized expert and an advocate for improving the lives of children and serving others on both local and national levels”.

Dr Harris is a practicing psychiatrist trained in child, adolescent and forensic psychiatry. She is the immediate past president of the American Medical Association, the first African American woman to hold that position.

The banking and financial services company said Burke was selected based on his “leadership experience, in-depth knowledge of the firm and its business, strong financial and operational track record and demonstrated independent judgment, integrity and commitment to the role”.

Burke has been a director of JPMorgan Chase since 2004. He currently chairs the board’s corporate governance and nominating committee, a role he will continue to hold, and sits on the compensation and management development committee.

Jamie Dimon, chairman and CEO, thanked Raymond for his “intellectual independence, a deep understanding of strategy and people and extraordinary tough-mindedness”.

“There is no question that we are a far better company because of him,” Dimon said.

She has worked for the $300 million community bank for more than 39 years in various roles. She was appointed chief financial officer in 2016.

“Marvalynn consistently demonstrates the qualities that define the corporate culture we have built at First Port City Bank with an unwavering commitment to supporting our customers, our employees and our community,” said Scott Ewing, president and CEO.

He joins from Bank of America where he served as senior vice president and small business banking manager for Los Angeles and Orange County.

The company – Virginia’s first new bank in more than a decade when it opened in 2019 – said Schreiber’s appointment would help it broaden its reach and strengthen ties to the local community.

He was previously at Wells Fargo, where he worked for 25 years – including at Wachovia before their 2008 merger – until his retirement in 2013. He has also worked at Texas Commerce Bank and First Union.

Live Oak Bancshares – North Carolina’s Live Oak Bank has named Dr Tonya Bradford to its board of directors and that of its parent company, effective September 16, 2020.

Dr. Bradford is an associate professor at the Paul Merage School of Business at the University of California at Irvine, specializing in marketing management and brand strategy. Before starting her academic career, she worked for 17 years in financial services including at Capgemini, Allstate Insurance and Charles Schwab.

Live Oak chairman and CEO James Mahan said Dr Bradford was “an accomplished executive and academic” with “a wealth of expertise and strategic vision”.

Fidelity D&D Bancorp – Alan Silverman has joined Fidelity Deposit and Discount Bank’s board of directors – as well as that of its parent company – to serve a three-year term.

He is a certified public accountant and runs his own company specializing in servicing the healthcare sector. He is a co-founder and CEO of PrimeMed PC, a medical services company.

UNCLE said Crohare would “focus on expanding the role of the credit union as a vital resource and trusted financial partner for local small businesses”.

Crohare was previously a relationship manager at Heritage Bank of Commerce. Before that, he worked as a commercial loan officer at Tri-Valley Bank, which merged with Heritage in 2018.

He also worked at Bank of the West from 1983 to 2005, and has maintained an active involvement in his family’s ranch and olive oil operation, Olivina.

He has previously worked at other Atlanta banks including Oconee State Bank and Renasant Bank, and is actively involved with The Community Bankers Association of Georgia.