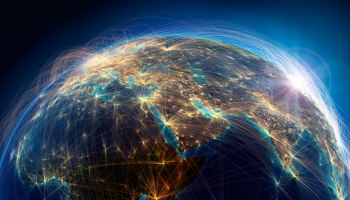 In our hyper-partisan times, some Americans might be appalled that wealthy foreigners are purchasing the opportunity to become permanent residents of the United States. The EB-5 Immigrant Investor Program  gives green cards to foreigners who spend at least $1.8 million on American businesses.

The program was supposed to spur investment and development in economically distressed communities throughout America. And, in fact, it worked and stands out as a singular success in the Federal economic arsenal.

A singular lesson for funds and fund services from EB-5 is not that the US should or shouldn’t attract foreign capital and workers. That’s going to continue to be debated no matter what happens. The question is how to bring solutions to bear that track spending so you can be sure capital reaches the intended targets. One could then discuss the green card question with a better sense of performance.

The solution is cutting-edge fund data operations, you might even call it “new fund administration” or “specialty financial administration.” Executed well, fund data operations have the capacity to track capital flows and transactions, quickly offering insights into tough questions, like the merit of EB-5, that stir passions before an analysis has made the facts clear.

While scandals rocked EB-5 in the early days, few have cropped up recently. And much of that can be attributed to the rise of Silicon Valley-based technologists, in particular at a firm called NES Financial, that moved fund accounting into the digital world. Few fund administrators were willing to take on EB-5 work given there could be three thousand documents per investor to be processed, and thousands of limited partners per fund spread across 700 and more unique development projects. There was not way to make a profit with traditional fund administration services.

It was in this environment that software stacks were developed that could handle and scale best practices, and make it harder for scoundrels to hide in opacity.

One might agree or disagree with the massive influx of fiscal and monetary stimulus – an estimated $6 trillion so far – that has been unleashed during the coronavirus pandemic, for example. There is no argument, however, that this wave of money will force financial institutions, boutique investors and others to monitor their transactions more closely than before the public health emergency.

But banks are concerned about whether they can follow “know your customer” requirements that are supposed to prevent them from lending irresponsibly. Separate data streams, incompatible technologies and complicated mergers and acquisitions among banks have undermined the sector’s capacity to filter out fraudsters, bad apples and the undeserving. The government, meanwhile, is telling them to write the loans to stimulate the cratering economy.

Due diligence and review at scale

Financial institutions are vulnerable to allegations of complicity if they fail in their due diligence. Government legal action might ensue. Institutions have little choice but to gain more insight and/or exercise more control over their operations. Top-shelf data fund operations will also shed light on the bigger questions that your business might be seeking to answer as executives struggle with the latest changes in the macro environment.

For example, a closer look at the data suggests that EB-5, when used properly, was a net positive for the US. The EB-5 program generated perhaps 174,000 jobs during the Great Recession that began in 2008, or 4.3 percent of U.S. job growth in that period, according to the Commerce Department.

Officials are trying to save and potentially expand, not scrap, the program. Last year, lawmakers created the EB-5 Integrity Fund to pay for Department of Homeland Security anti-fraud activities. With artificial intelligence and machine learning, the department could use data fund operations to discern whether an investor is seeking to exploit a program solely to gain a green card or seeking to invest in America in order to be part of America.

Technology infrastructures can empower immigrants to invest, work and grow the American economy where they are needed most and when everyone is pulling together to start again.