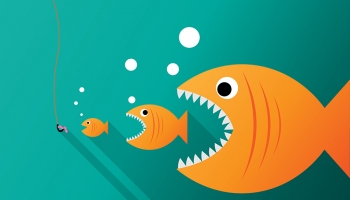 The NCUA’s approach would amplify an already rapid expansion of credit unions, according to a letter from Justin Underwood, the ABA’s senior director for banking policy, to the administration’s board secretary Gerard Poliquin.

Underwood said the ABA believed that credit unions were “aggressively targeting banks” to expand their service provision outside of their collective mandates to serve low- and moderate-income individuals.

“Expressed more simply, NCUA would allow any tax-exempt credit union to purchase a tax-paying bank, a practice that is growing at an alarming rate, without imposing new restrictions.

“More than twice as many credit union acquisitions of banks occurred in 2019 than the previous year. While many credit union advocates would like to dismiss this trend as ‘typical consolidation,’ the reality is that these credit unions are targeting wealthy communities, which is counter to their chartered mission and tax-favored status to serve people of modest means.

“Further aided by their tax advantage, credit unions are employing an acquisition strategy that outprices taxpaying banks for the same deals.”

Underwood claimed that such deals were “driven by the largest 5%” of credit unions and were aimed at opening “new markets that are neither local nor share a common bond with their existing membership”.

The NCUA’s data indicates that there are 17 transactions pending approval that include a credit union acquiring a non-credit union’s assets and liabilities, either in part or in full.

Last year, 15 such transactions were completed, while eight were finalized in 2018 and four in 2017.

The proposed new rules are designed to increase transparency around deal making, according to documents from the NCUA filed to the Federal Register. They will also simplify and streamline the approval process for mergers and acquisitions involving credit unions.

In many states, credit unions are not permitted to acquire banks via share purchases, and so must go through a more complex process of asset purchases and liability absorption. However, these are often preferred by bank owners as they are cash deals rather than stock transactions, according to a June 2019 paper from the Credit Union National Association.

The NCUA is currently required to approve any deal involving a federally insured credit union absorbing assets, deposits or liabilities from an institution not covered by the National Credit Union Share Insurance Fund.