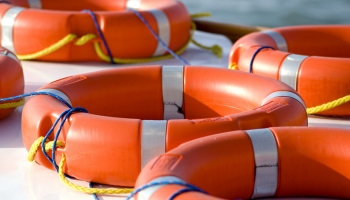 Smaller banks and lenders have accounted for half of all loans issued under the Paycheck Protection Program (PPP), according to new data.

The Small Business Administration (SBA), which is facilitating the loan program, reported this week that more than $511 billion had been loaned to 4.5 million businesses across America since the start of April.

Banks and other lenders with less than $10 billion in assets accounted for more than 2.2 million loans, with a combined value of $224 billion.

This included almost 1.3 million loans worth $67.5 billion in the PPP’s second round, introduced in late April after the first round was used up within weeks of its launch.

For the first time, the SBA’s weekly data also revealed the banks that had processed the most loans through the PPP.

Bank of America ranked second, having loaned $24.9 billion to more than 325,000 companies.

PNC Bank, Truist and Wells Fargo all processed more than $10 billion worth of PPP loans.

The SBA reported that 302 community development financial institutions have participated in the second round of the PPP, lending $2.9 billion to more than 60,000 businesses.

More than 3,500 banks with less than $1 billion in assets participated in the PPP’s second round, lending nearly $83 billion to more than 982,000 companies.

The PPP lending facility was introduced at the end of March and was designed to help small businesses across America ride out the worst of the economic impact of the COVID-19 pandemic.

In total, the PPP has made $650 billion available to small businesses through loans. Approximately $130 billion is still available, and companies have until June 30 to apply.

The SBA’s data is available in full here.