Is CRA Compliance Enough for Community B…

Alternative Finance Provider in US ECapi… 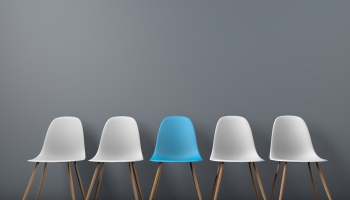 While the COVID-19 pandemic has disrupted operations for companies across the US, it has yet to stop banks from making new hires.

Office of the Comptroller of the Currency – Blake Paulson is to become the OCC’s new chief national bank examiner from the end of April. He is currently the senior deputy comptroller for midsize and community bank supervision, overseeing more than 1,000 banks and savings associations regulated by the OCC.

His new role reflects the regulator’s focus on “ensuring the federal banking system operates in a safe and sound manner, treats customers fairly, and complies with laws and regulations”, the OCC said in a statement.

Paulson has worked at the OCC since 1986 and assumed his current role in late 2019. He replaces Morris Morgan, who retires after 35 years in bank supervision.

She joins from law firm Latham & Watkins where she was global chair of its white-collar defense and investigations practice and a partner in the litigation and trial department.

During the Obama administration, Ruemmler served in the Department of Justice and latterly as counsel to the president. She also worked in the Clinton administration.

In addition, Michael Richman has been appointed chief compliance officer, reporting to Ruemmler. He has worked for Goldman Sachs for nearly 30 years, most recently managing day-to-day operations in the firm’s global compliance unit.

Lester Owens will join the company July to take on the newly created role of head of operations. He will be responsible for “building a more unified, more integrated approach to Wells Fargo’s business operations functions”, the bank said in a statement.

Separately, Wells Fargo has named Julia Bates as technology control executive, joining from JPMorgan Chase where she was chief control manager for the commercial bank.

Finally, at Wells Fargo’s annual shareholder meeting on April 28, investors elected Steven Black to the company’s board of directors.

Black is co-CEO of private equity firm Bregal Investments and sits on the board of Nasdaq. He has more than 45 years of financial services experience, having previously held several senior leadership roles at JPMorgan Chase, including co-CEO and then executive chairman of the investment bank business. He has also worked for Citibank and its predecessor companies.

Wells Fargo CEO Charlie Scharf said “Our board and management team are working with a sense of urgency to drive important cultural and structural changes at Wells Fargo, and I look forward to working with Steve and the other directors to continue the transformation of our company.”

MUFG Americas – The US business of MUFG has appointed Kazuo Koshi as executive chairman of the board for MUFG Americas Holdings Corporation and its subsidiary, MUFG Union Bank.

Koshi joined the board in 2016 and has been involved with a number of MUFG’s US subsidiaries since the mid-1990s, according to a statement from the company. He is set to remain in his current role as deputy regional executive for the Americas on an interim basis.

He succeeds Masato Miyachi, who has been chairman since 2017. Miyachi will continue as head of MUFG’s Global Corporate and Investment Banking Group, based in Tokyo, Japan.

In addition, Masahiro Kuwahara has joined the board of the US business. He has been a member of the risk committee for MUFG Americas since last year, and is currently the group chief risk officer for MUFG, based in Tokyo.

Summit State Bank – The California-based community bank has confirmed Brian Reed as its new president and CEO, replacing James Brush, who is retiring.

Brush has held the role since April 2016 and has served on the bank’s board since 2009. He will continue as a board member, according to a statement from Summit State Bank.

Reed is currently chief credit officer and executive vice president at the bank, having joined in 2016. He has worked in banking since 1985.

Southern National Bank of Virginia – Georgia Derrico and Roderick Porter, executive chairman and vice-chairman respectively, have both retired from their roles.

Rand Cook has been appointed to replace Derrico as non-executive chairman of the board of Southern National Bank and its subsidiary Sonabank.

Derrico and Porter will continue to serve as members of the boards until the company’s annual shareholder meeting, currently scheduled for May 21, 2020.

First Financial Bank – The Texas-based bank has named James Gordon as executive vice president and chief financial officer. He is set to replace Bruce Hildebrand  upon his retirement in August 2020.

The bank said Hildebrand would assist Gordon “for several months” to assure a smooth transition.

KeyCorp – Greg Jones has been appointed chief diversity, equity, and inclusion officer for KeyCorp, parent company to KeyBank. He will be responsible for improving the “acquisition, movement, development and retention of diverse talent and suppliers”, the company said.

He joins from United Airlines where he was chief diversity officer. He has also worked at Northwestern Mutual Life, UBS, Bank of America and GE Healthcare.

KeyBank president and COO Chris Gorman said: “Diversity, equity, and inclusion are cornerstones of our culture – representing both who we are and how we do business.”

Hoffman joins from OSG Billing Services in New Jersey, where he oversaw digital strategy and product management. He has previously worked on treasury management at Capital One, and has also worked at JPMorgan Chase and Citibank.

She has also been tasked with expanding partnerships with “leading fintechs and organizations across the US to support their market entry and business growth needs”, the bank said in a statement.

She was previously head of partnerships and new initiatives at Visa Business Solutions, and has also worked for Citigroup.