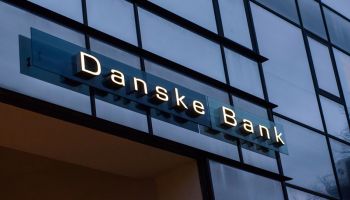 Both Danske Bank and Deutsche Bank are being targeted due to laundered money making its way to the United States.

According to reports, the United States Department of Justice (DOJ) is investigating US links to Danske Bank and Deutsche Bank’s role in a $220 Billion money laundering case. The investigation centers on the role the two banks played in laundered money entering into the United States.

Danske bank is Denmark’s largest lender and a prominent bank in Europe and could receive major fines from the United States DOJ depending on the conclusion.

The United States is working with both Estonian as well as German prosecutors to get to the bottom of how the money was transferred and the payment process of both Deutsche Bank and Danske Bank. The suspicious money transfers originated in Russia, and then went through the Estonian branch of the Danish bank. While money laundering has been carefully watched, the amount of money surrounding this particular case is staggering compared with previous cases.

The United States is particularly interested now as Deutsche Bank seems to be at the center of the probe because they were the ones that executed the transactions. According to Reuters, the probe from the DOJ has now shifted to the German bank.

The main charge that the DOJ is concerned with is that Deutsche Bank did not alert the United States quickly enough to help manage the issue. Deutsche Bank in particular has struggled for a number of years now as the largest German bank has attempted to turn the corner.

The increased involvement by the United States in this scandal could not come at a more difficult time for the bank.