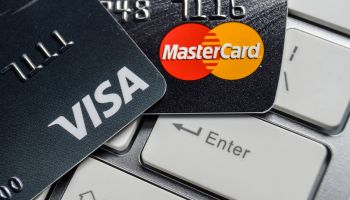 According to online Cyrptocurrency news site Coindesk, Mastercard said in a statement, “Mastercard has decided it will not become a member of the Libra Association at this time. We remain focused on our strategy and our own significant efforts to enable financial inclusion around the world. We believe there are potential benefits in such initiatives and will continue to monitor the Libra effort.”

Visa and Mastercard decided to follow Stripe and eBay in abandoning Facebook’s proposed currency while still leaving open the possibility of partnering on other cryptocurrencies in the future. Both companies seemed spooked by regulators’ strong opposition to Libra thus far.

However, credit card companies in general are in a difficult position because if blockchain based currencies do eventually get through all of the hurdles, digital payments will be at the heart of the opportunities surrounding the business. Ultimately, digital currency could move financial flows quickly among global economies but regulators, including the Federal Reserve have sounded a cautious tone, communicating the dangers it could cause in the banking system.

The online companies such as eBay all sounded the same, essentially stating that they love the concept but they are not supporting the initiative. The Libra Association is rapidly declining as lawmakers are voting no. Each of the 28 original members only had letters of intent and did not have binding agreements to go forward when they joined. While several companies have stated that they will stay and sign a binding charter, some of the biggest names are taking flight.

However, the banking community should not learn the wrong lesson from where Libra stands at this stage. While governments are tentative at best about Libra, both China and European countries have discussed the potential of creating digital currencies.

The Trump administration stated on Monday that the main issue the administration has with Libra is that Facebook is not ready to meet the regulatory standards needed to proceed. Eventually, the present monetary system will go through tremendous change and the banking industry will need to change with it.