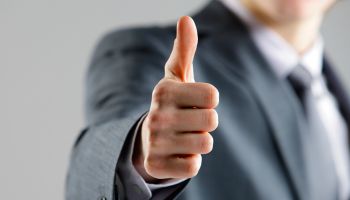 Overall there's cause for optimism on Main Street, according to new research from Experian and Moody's.

Low delinquencies and bankruptcies in most industries, combined with high credit availability, support an overall positive outlook for the small business sector.

However, the outlook is not without some concerns.

A notable exception to the general stabilized delinquency rates, found in three key industries, combined with continued slow economic growth, could negatively impact the outlook over the next several quarters.

So says the recently released Main Street Report for Q3 2016, which looks at a series of economic and credit indicators related to the financial health of small businesses. The report is a joint project of Experian and Moody’s Analytics.

The latest Main Street Report highlights a year-over-year decline in delinquencies and bankruptcies across industries and across the country. Delinquency rates for small business have stabilized, as third-quarter delinquency rates were essentially unchanged from the second quarter. However, early stage delinquencies saw an uptick in the third quarter, which could be a precursor to an increase in severe delinquencies in the fourth quarter. 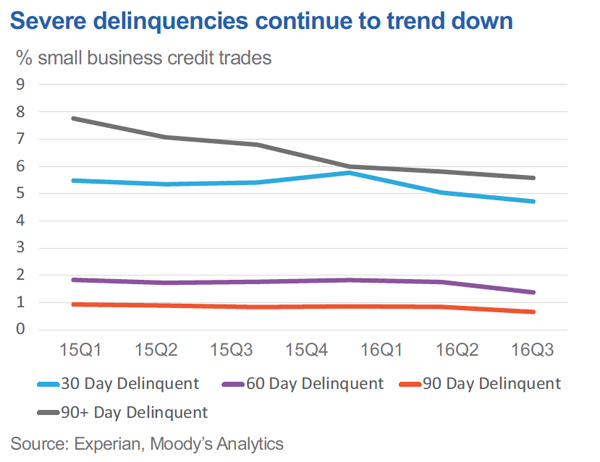 The most notable exceptions to stabilized delinquency rates were in mining, transportation and utilities.

The mining industry experienced the sharpest increase in severe delinquencies and bankruptcies in the third quarter, though at a slower pace than the first half of the year, showing some signs of stabilization.

Small businesses are faring reasonably well throughout the country, though some geographic regions are still struggling. There has been an increase in bankruptcies in the wholesale industry, with Connecticut hit by a sharp increase in bankruptcy rates in the third quarter. The Main Street Report also shows that West Virginia, North Dakota, and Maine have the fastest growing bankruptcy rates this year, driven in large part by the transportation and utility industries.

Agriculture has been one of the strongest credit sectors among small businesses, with some of the lowest delinquency and bankruptcy rates over the past year. However, the report shows that the Western region is now experiencing an increase in bankruptcy rates, specifically in Arizona, Colorado, New Mexico, Nevada, and Idaho. This mirrors the experience of the Mid-Atlantic and Northeast regions, which saw an increase in troubled loans, in the second quarter of this year.

The report found that credit utilization rates among small businesses continued to fall in the third quarter, extending the trend from the prior two quarters. 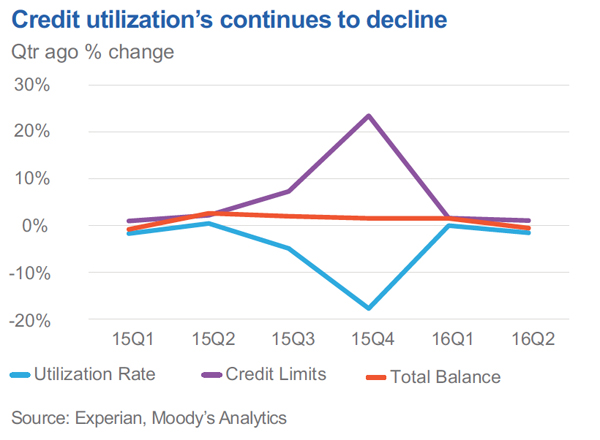 Additionally, the workforce added 161,000 jobs in October, further confirming that sentiment among small businesses remains positive. Jobs added in the third quarter were a little behind previous quarters. However, the pace of growth is still exceeding the number of jobs needed to keep up with overall population increase.

One of the biggest threats to small businesses is the specter of slowing economic growth. The addition of political uncertainty and interest rate hikes further complicates the situation.

Economic growth could be spurred in the event that the new administration implements business tax reforms and increases infrastructure spending. However, if the government fails to address key issues, such as immigration reform, small businesses could experience difficulty growing, as they will be forced to cut back on strategic investments.

The December interest rate hike by the Federal Reserve—which has projected three more of equal size for 2017—has created some short-term risk for small businesses.

In a positive sign pointing to overall economic health, an increase in demand for goods and services provided by small businesses will allow for additional interest rate hikes. However, rate increases will raise the cost of financing for small businesses, leading some to either constrain or postpone some investment.

Moving to the upside risks for businesses, a modest increase in oil prices and continued strengthening of the U.S. labor market will also help continue strong economic growth.

Rising prices for oil will help to improve the credit position of small businesses in the mining and transportation industries. These two industries were hit hard by the downturn in commodity prices. They have also had an outsized impact on delinquencies in the small-business space. As prices for the goods produced by the mining industry and serviced by the transportation industry rise, delinquencies should fall.

Cause for “cautious optimism” for small firms?

Overall, the third quarter was a continuation of stable credit conditions for businesses that began earlier this year. The transportation and utility industries look to be lagging the credit performance of the mining industry and therefore are expected to experience higher delinquency and bankruptcy rates over the next few quarters.

In the fourth quarter, businesses may delay investment and possibly hiring decisions while they await further information about what the next administration’s policies will be. This will slow balance growth and lead to lower utilization rates.

Overall, the fourth quarter is set to be positive for credit conditions, but further out, there may be storm clouds on the horizon.