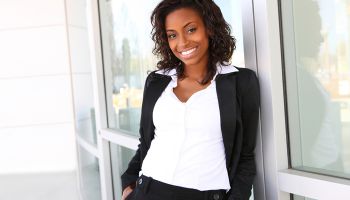 Better lending to minority-owned small businesses begins with better information about this market. New data from Experian fleshes out banker knowledge of this potential customer base.

How can banks do more for minority-owned small businesses? A key is knowing more about them, and new research has uncovered some helpful data.

For example, one out of three—31%—minority-owned businesses are owned by minority women, according to a new study by Experian. Most typically, these businesses are eating places and beauty parlors, the research found.

This is especially interesting, according to Pete Bolin, director of consulting and analytics at Experian, because the firm’s research indicates that a large share of the credit extended by business-oriented marketplace lenders like Kabbage and OnDeck goes to restaurants and other eating places.

Bolin says that understanding more about minority-owned small businesses can help banks reach and serve them better. Banks attempting to promote their services can select targeted marketing channels, such as publications serving eating places, for instance, rather than more general channels.

The choice of images used in small business marketing can be assisted by knowing about the makeup of that market as well.

And banks can focus that marketing on the types of credit the firms actually need. For example, he says, Experian’s research indicates that working capital loans are much more important to minority business borrowers than commercial mortgages.

A key element of helping minority businesses to start and to grow is financial education, including, in Experian’s view, the importance of reaching and maintaining a positive credit profile.

Minority-owned firms are slightly behind in credit management, says Bolin, based on the research.

The average business credit score for minority-owned firms, based on a scale of 1 to 100—with 100 being least risky in Experian’s system—is 49.7, nearly five points less than the average for the general small-business population. Minority business owners, as consumers, have an average credit score of 707, 15 points lower than the overall average for all small business owners. (That is based on Vantage score methodology, which has a maximum of 900.)

The company’s research is based on a sampling of data from both its consumer and business credit databases, as of December 2015.