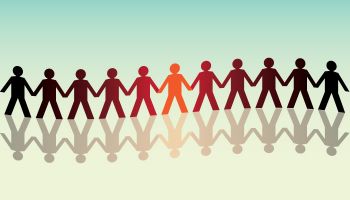 How does a fair-lending issue rise to the point that a bank is hearing from Department of Justice lawyers and investigators? Typically it begins with a referral from a banking regulator.

During a recent ABA briefing/webcast—“Fair Lending War Stories: What Can We Learn From The Mistakes Or Good Practices Of Others?”—speakers from both the Federal Reserve and the Comptroller’s Office handled aspects of this.

This week we’ll recap what Maureen Yap, special counsel and manager for fair lending enforcement at the Federal Reserve covered. Next week we’ll look at the portion of the program covered by the Comptroller’s Office.

Yap, with the fair lending enforcement section of the Division of Consumer and Community Affairs, works with a team that includes attorneys, economists, and analysts.

The team develops and implements Fed supervision and enforcement policy development in the fair-lending area as well as in the area of unfair and deceptive practices under the FTC Act.

The section also provides the legal and statistical expertise needed by field examiners who feel they have encountered a potential fair-lending violation during a consumer compliance exam.

Since the passage of the Dodd-Frank Act, and creation of the Consumer Financial Protection Bureau, the fair-lending authority of the Fed has bifurcated and truncated. The Fed supervises over 800 state member banks.

• Policies or procedures that indicate discretion in pricing and/or exceptions.

It was clear from her presentation and others during the briefing/webcast that loan officer discretion can be a major concern.

• Financial incentives for lenders or other representatives of the bank that are based on the terms or conditions of the loan.

• Loan data that indicate pricing disparities on some prohibited basis.

Yap said that at this stage examiners generally look for gross disparities, such as signs of alleged overt discrimination.

Yap said that examiners who think they have found something frequently get in touch with the unit.

Unequal pricing has clearly been a concern of the regulators, and Yap explained warning signs of practices that would cause the Fed to look more closely at a bank’s practices in multiple credit areas.

Mortgages. Already, major revisions to Regulation Z bar compensation to mortgage loan originators that is pegged to the terms and conditions of a loan. But Yap warned that compliance with the revised reg doesn’t put a bank in the clear on pricing discrimination automatically.

She pointed out that if a bank sets differing target pricing for each originator—based on a combination of interest rate and fees—then there is the potential that a concentration of high-price loan originators could be assigned to work in a minority district. This could lead to disparate pricing, because those high-price lenders are concentrated there. This could lead to a fair-lending violation. Indeed, Yap said the Fed has already made one referral on these grounds.

To avoid such issues, if the bank insists on setting lender-level target pricing, Yap suggested ongoing monitoring of loans on race and ethnicity measures, comparing each member of the team to others. She suggested plotting loans by target price, in order to see where higher priced credits wound up.

Indirect auto loans. Regulators have been cautioning banks to deal most carefully with third-party vendors in general. Situations where they are part of the lending process stand out as a major concern.

Yap said the Fed has made one referral in this area, which resulted in a public Justice Department enforcement action.

• The bank and the dealership offer financial incentives to mark up the contract interest rate above the rate that the bank buys the loan at.

• The bank grants the dealer discretion to set the contract interest rate.

• The bank fails to monitor pricing across its portfolio and at the individual dealer level.

Yap recommended that banks in this business not only monitor lending by ethnicity, but also by minority census tract and by borrower gender.

Proxy methods of determining the racial and other status of a borrower will be necessary, as government monitoring information, like that collected for mortgages, is not collected on these loans.

• Unsecured loans. The Fed has made two referrals in this area. Making small dollar loans to borrowers is considered a critical service, but doing so does not exempt a bank from fair-lending exposure.

Yap said that risks come up in this regard in three ways, typically:

• The bank grants the loan originators discretion to set rates and fees.

Yap said that offering small consumer loans could be safeguarded by using a rate sheet that provides clear guidance to loan originators. Any deviations from this sheet need to be documented, she said.

A word about UDAP

Yap noted that Dodd-Frank, in creating UDAAP, left enforcement of traditional UDAP (Unfair and Deceptive Act or Practice, part of the Federal Trade Commission Act), with the Fed, for state member banks. (The second “A” in UDAAP stands for “abusive.”) She said that the Fed has made one referral on a matter that was mostly a UDAP matter, but which had fair-lending issues.

The bank involved charged fees to borrowers that were presented as discount points. However, the bank did not actually reduce the interest rate. This violated the FTC Act.

However, said Yap, the practice turned out to have had a disparate impact on Hispanic borrowers. This violated both the Fair Housing Act and the Equal Credit Opportunity Act.