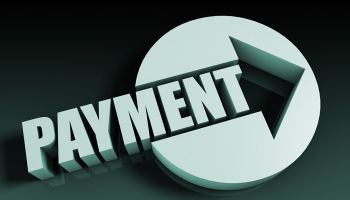 Faced with a difficult set of industry trends that threaten to dampen both revenues and profits in the payments and transaction-banking businesses, banks must take action on a number of fronts—notably in updating their business models—if they hope to regain pre-crisis momentum and establish a sustainable growth trajectory, according to a new report by The Boston Consulting Group.

“Payments and transaction-banking businesses represent an increasingly critical element of the banking industry and the global financial-services landscape,” says Stefan Dab, a coauthor of the report and the global leader of BCG’s transaction-banking segment. “Their importance as key generators of stable revenues and customer loyalty will only increase. In our two-speed world of low growth in developed markets and high growth in emerging markets, these businesses are still very attractive, but banks must find optimal business models and excel at execution if they hope to succeed.”

The report notes that there are widening gaps between how payments are evolving in mature economies and their evolution in rapidly developing economies (RDEs). From 2012 to 2022, both payment values and volumes are projected to grow at a CAGR of 11% in RDEs, compared with 4% and 5%, respectively, in the developed markets. Similarly, RDEs will generate stronger revenue growth—a projected CAGR of 12% in total payments-related revenues—than the developed markets, which have a projected CAGR of 5%.

The report says that current market dynamics are pointing increasingly to wholesale transaction banking as a key lever for improving return on equity in the global banking industry. In 2012, wholesale transaction-banking revenues totaled approximately $220 billion, about 15% of the total corporate-banking revenue pool. Nearly $140 billion came from transaction fees and account revenues, which are projected to grow at a CAGR of 10% over the next ten years, reaching more than $350 billion.

BCG’s research suggests that leading banks, or “transaction-banking champions,” achieve above-average ROE on their wholesale business and also generate more funding (with loan-to-deposit ratios lower than 125%). These banks differentiate themselves from their peers with a clear sense of their strategic strengths and boundaries as well as a relentless focus on execution excellence. They pay strict attention to how they sell, how they price, and how they organize their servicing model, cutting across traditional silos.

According to the report, the digital revolution is having a dramatic impact on retail commerce and how people make purchases. The ecommerce market, estimated at $1.1 trillion globally in 2013 (up from $0.5 trillion in 2002) is expected to grow by 15% per year even in mature economies such as the United States and the United Kingdom. In this environment, merchants with a brick-and-mortar presence are seeking to defend their market positions from purely online retailers by using their physical assets to create differentiated cross-channel offerings.

The report says that global evolution toward more online payments is playing a central role in driving growth in payments-industry revenue pools. In Europe, the revenue pool for payment service providers alone is expected to reach around $1.5 billion by 2016, compared with about $0.8 billion in 2012. In order to thrive in the new environment, acquirers will need to adapt by developing the capabilities to serve pure online and multichannel merchants and continuing to drive improvement in their offerings and operations to cope with new market entrants.

BCG says that the card industry has emerged from the financial crisis with many challenges to address but also numerous opportunities to capture. The challenges have been brought about by decreased consumer spending, lower receivables (both smaller and fewer), tighter regulation, and intensified competition. The opportunities include potential new revenue streams from a return to basics.

These core skills include the following: taking a structured look at customer wallets and identifying the needs being met by competitors; leveraging evolving technologies and approaches (such as those related to mobile wallets and big data); exploring new and disruptive business models (such as those created by partnerships across the value chain); and pursuing underserved customer segments that are ripe for innovation.

BCG forecasts that transaction-related revenues generated by consumer-initiated (retail) payments worldwide will increase from $249 billion to $460 billion from 2012 to 2022, a projected CAGR of 6%. North America and Asia-Pacific will be the strongest regions, with RDEs in the latter posting the most robust growth. In addition, account-related revenues will grow from $138 billion to $321 billion, a projected CAGR of 9%.

“In what we call the ‘new new normal’ climate, banks need to become more innovative across the value chain of retail payments—from data analysis, customer segmentation, and product development all the way to rewards bundling and commingling products’ value propositions,” says Carl Rutstein, a coauthor of the report and the leader of BCG’s transaction-banking segment in North America. “The reality is that banks can no longer merely sell products. Rather, they must offer workable and cost-effective solutions to meet customer needs with regard to all types of payments across the entire value chain, paying particular attention to leveraging available technology.”