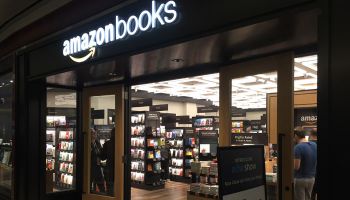 What can bankers learn from a bookstore run by Amazon, the online disrupter of the traditional book business?

Two things I find irresistible: bookstores and “field trips” to retail locations that seem to have something to say about the future of bank branches.

A number of years ago, when Apple Stores were new, I found out during a bank conference trip to San Antonio that there was one nearby. I tried to organize a group of five or six community bankers to go see it, kick the tires, so to speak. The trip didn’t come off.

But when I finally made it to one, there were things about it that seemed to fit where bank branches needed to go. The Genius Bar, where customers with problems could meet with, well, Apple Geniuses, seemed like part of the bank branch of the future. There were no cashiers—read “no tellers”—just roving employees with iPads who could check you out on the spot. Interestingly, the best way to see a genius is to make an appointment in advance.

Apple’s stores still don’t seem like a model for business banking, but something that retail banks could learn from, and, in some cases, already have.

So when I heard that Amazon, which essentially killed the traditional bookstore through pricing, speed, and convenience, had come full-circle and opened one of a handful of Amazon Bookstores in New York last year, I wanted to get uptown and check it out. Yesterday I finally did, after doing an interview about the future of community banking at a nearby bank investor’s office.

Coincidentally, this came on the same day (Jan. 22) that Amazon first began admitting the public to its new Amazon Go store in Seattle. (“No lines, no checkout—just grab and go!”) That’s another concept, complete with ready-to-eat food and more, and the ability to be checked out by a combination of technologies.

But back to the bookstore. The store is on the third floor of the multistory Time Warner Center complex in Manhattan’s Columbus Circle. It looks like the somewhat upscale New York retail bookstore that still survives, here and there, in the city, offering much more than just books.

What sets the Amazon Bookstore apart is that what’s inside is still, mostly, books. But there is one exception.

When you first walk in, a dominant nonbook offering is an area where you can try and buy all the Amazon electronics. These range from variations on the Kindle to all shapes and sizes of the Amazon Echo, which connect you with “Alexa.” The Echo displays advise you as to what name each sample device responds to. The names assigned differ so the device next to the one you are trying won’t also respond.

I tried one out, asking it to display my Long Island Rail Road train schedule for the evening trip. It responded, began searching, and then … stopped. I won’t hold that against Amazon. I frequently use Siri on my own Apple devices and I only get proper responses one out of three times. My family finds it amusing to see me trying to get Siri to respond.

Uh, how much is this?

I browsed the racks of gadgets, cables, and add ons, and something began to dawn on me. No prices.

It turns out that few items in the store have price tags. My marketing major daughter would say, “If you have to ask you can’t afford it,” but it took some getting used to.

I moved on to the racks of books and what I call “near-books—” items that appeal to the bookish but aren’t strictly books. I saw a bin of maps in tubes. That appealed to me. I used to maintain a “pin map” so my kids could keep track of the places they’d been in the United States, sometimes accompanying me on business trips.

That’s when I discovered that price reading is handled by using a wall-mounted scanner, much as you see in Target and some other retailers. I grabbed one and quickly put the map back when I saw how much Amazon wanted for it. Even at the Amazon Prime price, it was a bit steep for what it was.

I continued to scan the book shelves. Amazon shelves differ because books are displayed like Amazon book entries—cover forwards so you can see it. This makes it easier to browse, and you can see the offerings in each category more easily. However, the inventory is reduced because this takes up more space.

Some books are accompanied by signs with arrows suggesting that if you like that title, you can follow the arrow to see the next couple of titles, which have been found to appeal to buyers of that book. It’s an attempt to reproduce physically the artificial intelligence-driven suggestion features on Amazon. Of course, it is static, at least during any particular visit.

One thing you don’t find in the store is a place to sit down and read. The old Borders Bookstores made a big deal about having nooks where you could sit down and read, as in a library. The Amazon store isn’t that large.

Seeing all the book covers at a glance reveals how much junk is out there. It’s purely my opinion, but it seems like there’s no filter on taste in book concepts, nor in titles. Plenty of interesting stuff, too, but kind of sad to see the other.

Paying for the purchase

Signs here and there tell you that you can scan an item with the Amazon app to pay, and then just show a staffer the app in order to leave the store. I didn’t have the app, so I checked out the new-old fashioned way.

The interface for checking out is a combination of a stripe reader and a mounted tablet where the shopper enters their information. You are still served by a human.

I went to the checkout desk and was told I could key in information about my Prime membership. I did and picked up a $6 savings on the book as a result.

What can a banker learn from this?

In some ways I felt that the store was more an introduction to Amazon’s vast book offerings than a full-service bookstore. Those hardly exist anymore. Even in Penn Station, where there was once a huge Brentano’s bookstore, what remains is little more than an airport bookshop.

I enjoyed the visit—again, I’m not a shopper but bookstores are a weakness. But I don’t much feel the need to return. Everything I could want I can order online, so why schlep 30 minutes uptown to shop there again?

Are there concepts here that a bank could adopt for a branch?

I can see the display of Amazon electronics being adapted as a way to show people how a bank’s mobile banking apps work.

Years ago, WaMu trotted out its Occasio branches, which went away after JP Morgan Chase took over WaMu locations. Occasio was a bit ahead of its time for some. It featured standup teller “islands,” served by roving bankers, that handled information and which could dispense cash. The branches featured little book nooks where customers could buy financial self-help titles and WaMu blue plastic piggybanks. That always seemed more for glitz than anything else.

It happens that the community banking expert I was interviewing just before my drop-in—another story for another post—had something to say about their future versus fintech competitors. This was that they had to recall that their strength was customer service. However, he said, they had to think of customer service as something beyond four walls.

An Amazon Bookstore is still four walls, pretty much.

The “feel” is positive, which is something bank branches could always use, but so much depends on what a customer needs. The same community banking expert, Joshua Siegel, chairman and CEO of StoneCastle Financial Corp., would like to see more banks invest in the ability for customers to video conference with their bankers via their smart devices. Think of it as “FaceTime Your Financier.” (My words, not his.)

One more strike against physicality.

Ultimately, the Amazon Bookstore seems more a billboard than a true store, which is an attitude many bankers now have about branches. Banks already have plenty of those. Many still have to figure out how to make those three-dimensional billboards pull their weight.

Maybe Amazon will, too.

Note: The photos accompanying this story come from shots taken last year for the Shutterstock photo service. They are representative of what the store looked like during my visit, though displays are of course current with Amazon's latest offerings.

More in this category: « “We’re all technology companies now” Handstands and six-page memos from Amazon »
back to top