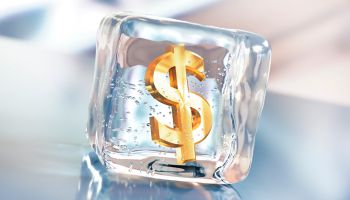 Conditions for formation of de novo banks may be warming up, but Jeff Gerrish says some post-crisis factors may still chill things a bit.

It seems like now is a good time to charter a new bank.

The FDIC released its Handbook for Organizers of De Novo Institutions in December 2016 and solicited comments to make sure the materials are helpful to individuals wishing to start a new bank. The handbook is a continuation of FDIC’s efforts to increase applications for new bank charters. (In April 2016, the FDIC reduced the de novo “enhanced” supervisory monitoring period to three years instead of seven years.)

As most of my blog readers know, I am a strong supporter of new bank charters, or “de novo” institutions, as they are referred to in the industry. Historically, when there have been periods of significant consolidation in the industry, there have subsequently been new banking charters rising up to fill in the resulting holes.

Today, the community banking industry is experiencing significant consolidation. Unfortunately, the number of new bank charters is next to nothing.

Literally. Very close to nothing.

Since the beginning of 2010, over 2,000 charters have gone away, whether through acquisition, failure, or charter consolidation within a common parent organization.

Regardless, the fact remains that we have 2,000 fewer bank charters now than we did seven years ago. How many new bank charters do you think we have had in that time?

Five. One of which just opened this week. (This does not include the other six “banks in organization” since the beginning of 2016, all of which will be approved, hopefully.)

The reasons for this shortage are several-fold, in my opinion.

1. Why build when you can buy?

First, and probably foremost, it is simply cheaper, easier, faster, and more efficient to buy an existing bank than to apply for a new charter.

Why would a group of investors come up with tens of millions of dollars and go through the regulatory gauntlet for a year to 18 months—with no guarantee of approval, mind you—when they can take a portion of that money and buy an existing bank in or near a desirable market in possibly a third of the time?

Applying for a new bank charter became much more difficult coming out of the financial crisis. A large number of de novo organizations failed as a result of the Great Recession. Following that, FDIC reviews of applications grew more stringent.

Many individuals took a big financial hit in the economic downturn. This meant potential investors were more “prudent” (read: “stingy”) with their hard-earned money and less likely to invest in a new bank venture.

4. Where was the attraction?

Related to the third reason, interest rates and potential returns took a sustained hit post-Recession. In fact, at a Federal Reserve Bank of St. Louis seminar a few years back, one of the presenters posed a hypothesis that interest rate levels were one of the best predictors of de novo activity in the market.

A new environment—enough of a change?

Today, the industry and overall economy are improving. The Federal Reserve increased interest rates twice in 2016, and it is likely the Fed will increase rates more in 2017.

Also, as of last week, we have a new President whose administration is widely expected to cut corporate tax rates and reduce (to some degree) the regulatory burden, which can only mean positive things for community banks.

The reality is the environment that restricted new bank charters took years to create.

It will likely take years of intentional industry behavior to undo.

Will interest rates increase? Most likely.

How quickly? No one really knows.

And even if interest rates rise quickly, it will take time for everything to reprice and adjust to the new rate environment.

But it is very unlikely that the Consumer Financial Protection Bureau and Dodd-Frank will go away entirely.

And many regulatory issues are systemic and cultural. They are not confined to specific bureaus and regulations.

I truly think it is great that FDIC is making effort to ease entry for new banks. It is a necessary step in a hopeful tide of change for the industry. We need new, energized, visionary banks to step into our nation’s communities.

That said, it will take some significant regulatory perspective-shifting—not just a new handbook—to truly encourage new entrants into the market.

Some points for reflection

A review of the FDIC’s handbook on de novo banks brings a few things to mind. I’ll touch on each of them to close out this blog.

1. The past matters—potentially a lot.

The FDIC handbook focuses a good bit on assembling the right leadership team for the new bank.

This includes the organizers, board of directors, and officers of the proposed bank. The handbook indicates that FDIC will consider the background and experience of the team members.

But one of the soft spoken issues here is that if your team of people has an individual who was previously a part of a failed bank or had some serious financial issues such as bankruptcy, you could have problems from the start.

FDIC, and all regulators for that matter, hesitate to let such individuals become affiliated with a new bank. This is the case even if the individual has been active in an existing bank for some time.

We have seen acquisition transactions, bank holding company reorganizations, and the like hit a wall because a member of management or the board had some past dealings that went south.

The unfortunate reality: With so many banks having failed and so many people having experienced financial trouble as a result of the Recession, many of the individuals with the experience to start a bank are likely also “tainted” in some way.

Will this be a big hurdle to new entrants? I’m not too sure. Time will tell. But it is something to be aware of.

FDIC’s handbook indicates that limited liability corporations are a permissible organization structure. That may be the case from FDIC’s perspective, but the IRS’ position is less optimistic.

As drafted initially, the Federal Deposit Insurance Act (FDIA) defined a “state bank” as, in part, an entity that was “incorporated” under state law. Because LLC’s are not technically incorporated entities, IRS has taken the position that banks cannot structure themselves as LLCs and fit within FDIA’s definition, and therefore banks cannot achieve the pass-through tax status as LLCs.

In 2003, FDIC Regulations Part 303 was amended to allow institutions chartered as LLCs to be considered “state banks” for purposes of the FDIA so long as those LLCs were governed and operated similar to an incorporated entity. However, the IRS has not issued a private letter ruling or guidance since 2003 indicating that banks can, in fact, organize as LLCs pursuant to state law and get pass-through tax status at the federal level.

For most new entrants, this will not be a significant issue, but it is worth mentioning.

3. De novo formation is a journey, not an event.

Even with the new handbook in place, the process is still going to take time.

The handbook states that applications will generally be acted on within four to six months after acceptance, which could take one to two months or more depending on if the application is considered complete on submission.

This means that the approval process should take between six and nine months total, assuming no hiccups or unforeseen issues.

(Hint: There are almost always hiccups or unforeseen issues.)

That does not include time to prepare the application, build the business plan, gather the financials and people necessary, etc.

Venture, but be informed

Do I say all of this as a discouragement to would-be bank organizers?

I hope there are individuals and groups itching to start new banks. If so, I want them to be realistically informed.

Again, I think FDIC’s handbook is a positive step. It clearly lays out the regulator’s expectations for the application process, and I encourage anyone interested in forming a new bank to become very familiar with the document. If anyone wants a copy of the document, let me know.

More in this category: « Time for a 5-point bank tune-up What’s on bank directors’ minds »
back to top