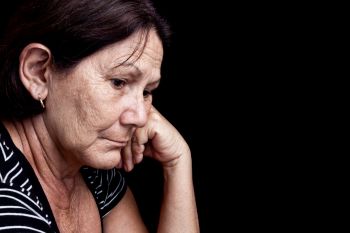 Rising SAR filings on suspected elder abuse demonstrate growing bank awareness of problems, even as Washington and the states put more emphasis on the plight of the elderly victims.

Several recent developments have drawn my attention to the subject of Elder Financial Exploitation as a growing compliance issue--not the least of which is probably the significant amount of time my siblings and I have spent this year getting my 80-something parents moved from their home into a retirement community.

Did you know that a whopping 7,651 suspicious activity reports (SARs) were filed between March 1, 2011, and Aug. 31, 2012, relating to elder financial exploitation?

There was also a law passed in Colorado, my home base, that recently became effective that requires financial institutions to report instances of financial exploitation of elderly and at-risk adults. (Previously, it had been encouraged, but not required.)

Then there was the FinCEN SAR Activity Review-Trends, Tips and Issue (Issue 23)  analysis of suspicious activity report filing data that documented the significant increase in SAR filings relating to elder financial exploitation following the February 2011 FinCEN Advisory on the topic.

There was the GAO Report, released on May 16, that concluded that the “Federal Government has taken some steps but could do more to combat elder financial exploitation.”  This report  follows up on the GAO study published in November 2012, “National Strategy Needed to Effectively Combat Elder Financial Exploitation.”

And, finally, there was the joint announcement by the Consumer Financial Protection Bureau and the FDIC on June 12 of a new financial resource tool (Money Smart for Older Americans) that is designed to be used by financial institutions, law enforcement agencies, and other adult protective organizations to educate older adults and their caregivers about elder financial exploitation.

Special role for the Bureau

The CFPB is the only federal agency, according to the GAO report, that has addressing of elder financial abuse as one of its official missions. The CFPB has set up the Office of Financial Protection for Older Americans. Other agencies, such as the Federal Trade Commission, FinCEN, the Justice Department, the Postal Inspection Service, the Administration on Aging in the Department of Health and Human Services, and the SEC, also have implicit responsibilities relating to elder financial exploitation. Much of the responsibility in this area lies at the state and local levels--thus the new Colorado reporting law. Many states besides Colorado have such laws.

One of the recommendations from the November 2012 GAO study was that the CFPB should:

2. Facilitate the release of bank records to Adult Protective Services and law enforcement authorities for investigations by developing a plan to educate banks on how to identify and report possible exploitation.

3. Develop and disseminate information to banks on the circumstances under which banks are permitted to release such bank records under federal privacy laws. Since this came after the FinCEN 2011 Advisory on SAR filings, it appears intended to go beyond the filing of SARs under the Bank Secrecy Act.

(Does any of this remind you of the Community Reinvestment Act?)

Expect to hear more about this

CFPB has put a number of resources on its website for consumers in this group, including information about reverse mortgages; educational information about how to avoid various scams targeting older Americans; contact information for other agencies; and articles and blogs on current topics. No doubt, more is to come from CFPB in this area, directed at both consumers and at financial service providers.

Elder financial exploitation is a compliance issue in and of itself. Plus, it has implications for other compliance risk areas too, such as Bank Secrecy Act (SAR monitoring and reporting), privacy laws and regulations, and, of course, UDAAP. Your state may have an elder financial abuse reporting law.

This is a compliance issue and a customer service issue.

More in this category: « Keep proper records for posterity, or suffer posteriorly Assessing utility of “Small Entity Compliance Guides” »
back to top