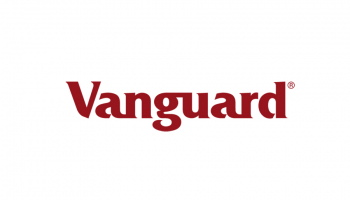 Investment management giant Vanguard could face significant financial losses as a result of inadequate stewardship on climate and substantial exposure to fossil fuels.

According to a report from UK-based think tank, Universal Owner, the group could lose $3tn by 2050 due to investments that are climate-harmful and grounded in the most damaging fossil fuels.

“The analysis shows that Vanguard is not representing beneficiaries’ best interests on climate. Vanguard fails to internalize the proposition that its portfolios’ future value is dependent on the stability of the biosphere and to implement a stewardship and fossil fuel financing policy commensurate with the threat,” said Thomas O’Neill, director at Universal Owner.

According to its analysis, Vanguard’s approach to fossil fuel investments places it as a “universal owner”, with $2.7tn in assets under management across 10,500 companies globally.

The report, however, shows that the group holds substantial amounts of “unhedgeable risk”, and that it is doing little to shift capital into green assets.

Vanguard’s ESG funds represent as little as 0.1% of its total AUM, while around 94% of new capital flows into its traditional funds.

Universal Owner emphasized that, unlike BlackRock and LGIM, Vanguard has no policy in place to divest from coal.

The report also found that its stewardship team is lacking in terms of strategy and resources.

Its stewardship budget is equivalent to 0.16% of its gross asset management fees, the think tank said, adding that there is currently just one ESG employee for 300 companies in which it holds a partial stake.

“Clearly, for engagement and stewardship activities to actually make a difference and deliver for clients, new resources and strategies will need to be deployed,” said Dr Ben Caldecott, director of the Oxford Sustainable Finance Programme at the University of Oxford.

“Financing polluting companies in primary markets when those companies don’t have credible Paris aligned transition plans also needs to be reconsidered urgently. There is no time to lose,” he added.