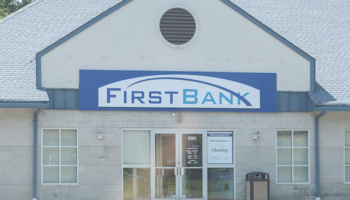 New Jersey-headquartered First Bank is to acquire Malvern Bancorp of Pennsylvania in a deal worth approximately $149.5 million.

First Bank announced last week that it had agreed to buy Malvern, with the deal expected to complete in the second quarter of next year, subject to regulatory and shareholder approval.

The purchase would bring First Bank’s total assets to almost $3.7 billion, based on data from September 30, 2022, and grow its branch network to 27 across New Jersey, Pennsylvania and Florida.

Patrick Ryan, president and CEO of First Bank, said: “This merger is another example of what we believe are high-quality and low-risk transactions we are using to build size and scale, solidify our market position and expand our service area.

“Malvern Bank’s emphasis on commercial lending, private banking and superior customer service create a great fit, and we are delighted to welcome Malvern Bank’s employees to the First Bank team.”

First Bank’s merger and acquisition activity has seen it purchase two New Jersey locations from OceanFirst Bank in December 2021, while it bought fellow Grand Bank for around $19.4 million in 2019.

The “strategic partnership” gives Piedmont Bank access to new markets such as Florida’s Emerald Coast, the bank said in a statement, while also boosting Walton’s offering.

“Very early into our discussions, we quickly realized our two organizations are closely aligned in our shared commitment to exemplary customer service and being a catalyst for growth in our communities,” said Monty Watson, chairman and CEO of The Piedmont Bank.

J Kavanaugh Tucker, managing director of Walton Funding, added that the partnership would help the lender “continue to differentiate in the market and provide best-in-class service to our clientele”.

The acquisition is subject to regulatory approval and is expected to close in “early 2023”, Piedmont Bank said.

Subject to shareholder and regulatory approval, Fidelity and its subsidiary, Fidelity Bank of Texas, will change ownership and Lamar Street’s Robert Strong will become CEO. The bank has been locally owned, primarily by the Strasburger family, since the late 1970s, according to a statement from the bank.

Strong added: “We are grateful to find an excellent partner in Fidelity Bank of Texas. This partnership will allow us to continue serving Waco and expand our ability to be part of a vibrant community banking market.”

Lamar Street Investment Partners aims to “grow and expand within the Waco communities and other North Texas and Central Texas markets”, it said in a statement.

Strong has held executive positions at several banks since 1984 and has also worked at the Office of the Comptroller of the Currency.