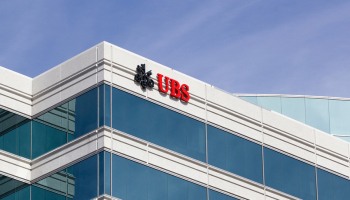 Naureen Hassan has been appointed as president and CEO of UBS Americas, effective 3 October 2022.

In this role, she will be responsible for driving client relationships, promoting cross-business collaboration, navigating the public policy landscape, and ensuring regulatory and reputational risk governance.

She will also sit on the executive board for the wider UBS Group.

Additionally, Hassan will lead the firm’s strategic growth and digital initiatives in the Americas region, including the transformation of the firm’s Wealth Management Americas Platform.

During his 11 years on the UBS Group board, Naratil held various roles across divisions, functions, and regions.

Iqbal Khan will now become sole president of GWM, having worked as co-president with Naratil since 2019.

Hassan joins UBS from the Federal Reserve Bank of New York where she will continue to serve as first vice president, second-ranking officer, and alternative voting member of the Federal Open Market Committee until September.

She has held her current role since August 2021.

John C. Williams, president and CEO of the New York Fed, said: “Hassan has been an instrumental member of our leadership team, working closely with me and the executive committee to move our organization forward.”

Regarding UBS’s reshuffle, group CEO Ralph Hamers said: “I am delighted to welcome Naureen Hassan to UBS and to congratulate Iqbal on his expanded role as sole president of GWM.

“I am confident that Naureen and Iqbal will build upon Tom’s success and continue to deliver for our clients and achieve our strategic ambitions.”

Meanwhile, the New York Fed has formed a committee to lead the search for Hassan’s successor.

Helen Mucciolo, chief financial officer and head of the corporate group, will serve as interim first vice president and chief operating officer until a successor is named.