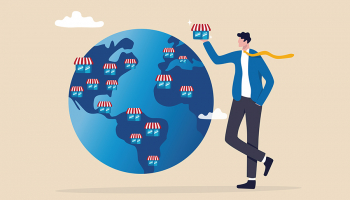 Texas Capital Bank and Provident Bank are both setting up new offices as they seek to broaden the reach of their businesses.

Texas Capital plans to relocate its office and banking center in Richardson, Texas, combining them into a new campus by the fourth quarter of 2023.

In a statement announcing the move, the bank said the new location would provide the $40 billion n bank with the capacity and upgrades needed for its technology and operations teams, supporting the growth of these departments while continuing to serve the evolving needs of its clients.

John Cummings, executive vice president and chief administrative officer of Texas Capital Bank, said building out the technology and operations departments was “crucial to the execution of our strategy as we remain dedicated to building the most comprehensive financial services firm headquartered in Texas”.

Texas Capital has signed a 15-year lease with health insurer Blue Cross and Blue Shield of Texas to take four floors of its office building on East Lookout Drive in Richardson. The bank said the relocation would support its strategy of establishing “a presence in key market locations”.

Elsewhere, New York-based Provident Bank has opened a new branch in Roslyn, New York. The $13.6 billion bank’s latest location was designed to expand its services to a wider market and support local businesses and residents, it said in a statement.

Among other services, the branch offers commercial lending to Long Island-based companies. Joseph Lomoriello, senior vice president and regional director for commercial lending in the Metro Region, said: “Our ability to combine the personalized service and local decision making of a community bank with the resources and capabilities of a regional bank presents a compelling advantage.”