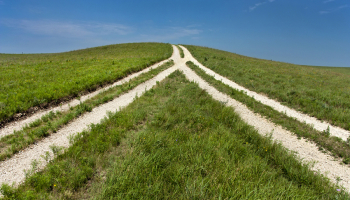 The American Bankers Association (ABA) has called for regulators to work with the Antitrust Division of the US Department of Justice to ensure a cohesive approach to merger and acquisition rule reforms.

In a letter to the Federal Deposit Insurance Corporation (FDIC), the ABA said agencies and the department should adopt a joint guidance in order to main consistency in the analysis of the competitive impacts of M&A transactions.

In the detailed response to the FDIC’s call for input on M&A reform, the association also recommended that the FDIC raise the threshold below which it does not generally challenge proposed mergers or require divestitures.

The threshold is currently set at 2500 on the Herfindahl-Hirschman Index (HHI). This means a market scoring below this threshold is generally not considered too concentrated from a competition perspective.

The ABA said raising this level would take into account sources of competition that are not currently covered by the current M&A assessment methodology, and align the banking industry with other industries.

Reforms should take into account online delivery of financial services by banks without a branch presence, as well as the role of fintechs, money-market funds, credit unions, and farm credit system institutions, the ABA said.

In addition, the association highlighted the role of non-bank lenders in loan programs such as the Paycheck Protection Program, part of the US Covid-19 economic support measures. These loans “demonstrate how quickly non-bank lenders can offer loan products online, and how quickly small-business borrowers can adapt to and use such channels”, it said.

Banking sector M&A is under scrutiny after US President Joe Biden signed an executive order in July last year calling for a regulatory review. The order was part of a wider move to promote better competition within the US economy.

In March this year, the FDIC announced an M&A rule review, and the Office for the Comptroller of the Currency (OCC) is also exploring the issue. Last month, acting head of the OCC Michael Hsu stated that M&A rules needed to be refreshed and brought in line with modern requirements.