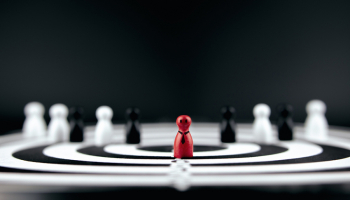 Regions Bank — The Alabama-based banking group has appointed Scott Peters as chief transformation officer as part of a wider transformation of the company. Peters will oversee the replacement of the bank’s core operating systems, Regions said in a statement.

He was previously head of Regions’ Consumer Banking Group. Kate Danella has been named as his successor in this role. Danella was previously the bank’s chief strategy and client experience officer.

The appointments follow that of Dan Massey as chief enterprise operations and technology officer. Regions said in a statement that the trio would help “prioritize innovations and enhancements designed to deliver a more seamless customer experience”.

He succeeds Steven Shelton, who continues as chief executive officer. Shelton said the separation of the president and CEO roles “reflects the growth of the company and the management structure we believe is best suited to continue effectively executing on the strategies that are enhancing the value of our franchise”.

Critelli has been CEO and president since 2010, having first joined Wayne Bank in 1995 as chief financial officer. During his tenure, the company completed three acquisitions and expanded into new markets in Pennsylvania and New York. He officially transferred to his new role on May 9.

Mid Penn Bank — Allison Johnson is Mid Penn Bank’s new chief financial officer, having joined on May 11. She was previously CFO at Spirit of Texas Bank. She has also worked at Florida Community Bank, Sun Capital Partners, and PwC.

The Pennsylvania-based bank also appointed Jordan Space as chief corporate development officer in late April. He joined from S&T Bank where he was market president for Eastern Pennsylvania, and prior to this he was chief lending officer at Integrity Bank.

In his new role, Space will assist CEO Rory Ritrievi in developing of new lines of business, which Mid Penn said would include setting up a private banking division.

Santa Cruz County Bank — Maxwell Sinclair is the new chief risk officer at California’s Santa Cruz County Bank. He was previously an advisor to the bank, and before that worked at Pacific Mercantile Bank where he was chief risk, compliance and human resources officer. He has held several senior banking roles in his 28-year career in the sector.

FirstBank — Emily Robinson has retired as chief operating officer at Colorado-based FirstBank. She worked for the group for nearly 30 years.

Kelly Kaminskas has replaced Robinson on the bank’s leadership team, but with the amended role of chief digital officer. She was previously president of FirstBank’s retail and digital banking services.

In addition, Shannon Jones has been named chief people officer, having previously been president of human resources.

Atlantic Union Bank — The Virginia-based bank has named Clare Miller as chief human resources officer. In her new role, she will be responsible for talent acquisition and development, rewards, employee engagement, and the bank’s work on diversity, equity and inclusion.

Miller joins from Huntington National Bank where she was chief talent officer.

HomeTrust Bank — North Carolina’s HomeTrust Bank has appointed Megan Pelletier as chief people officer. She joined at the start of May from SouthState Bank where she was director of talent acquisition.

HomeTrust CEO Hunter Westbrook said Pelletier “has the right skill set to lead our efforts to both attract talent to HomeTrust and to strengthen retention through enhanced education and clear career path planning”.