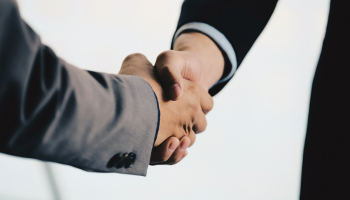 Pennsylvania-based Emlenton Bank will see its 19 branches rebranded as Farmers Bank, the companies said in a joint statement last week.

The transaction is worth approximately $105 million, based on Farmers Bank’s closing share price on March 23, the companies said.

Kevin Helmick, president and CEO of Farmers Bank, said the deal would “mark a significant extension into the Pennsylvania markets, which has been a long-time strategy for Farmers”.

“The contiguous expansion will also serve as Farmers’ entrance into the attractive Pittsburgh market and allow us to deliver our robust wealth management and mortgage services to the Emlenton footprint,” he added.

Last year, Farmers Bank bought Cortland Bank for $124 million in a move to expand its presence in Cleveland and Northeast Ohio.

The Emlenton deal is subject to approval by Emclaire Financial shareholders and regulators. It is expected to close in the second half of the year.

Following the completion of the deal, William Marsh, president, CEO and chair of Emclaire Financial and Emlenton Bank, will join Farmers Bank as senior vice president and market president for Pennsylvania. Farmers Bank will name one director from Emclaire to join the board of directors, while its non-employee directors will form an advisory board for the Pennsylvania region.

Farmers Bank expects to have $5.2bn in assets and 66 locations covering Ohio and western Pennsylvania upon completion of the merger.