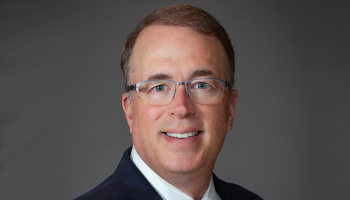 MainStreet Bancshares — The Virginia-based bank has announced the retirement of Charles Brockett as president, effective March 31, 2022.

He will remain a member of the board of directors, having joined in 2014 and become president in January 2017.

FIS — Vijay D’Silva and Kenneth Lamneck have joined the financial services technology provider’s board of directors.

D’Silva was previously a senior partner at management consultancy firm McKinsey from 1994 until his retirement earlier this month. He held leadership roles in the firm’s digital and analytics, global payments, banking and securities, and risk management practices.

Lamneck also recently retired from his position as CEO and president of Insight Enterprises, an Arizona-based technology company, where he served from January 2010 until December 31, 2021.

Gary Norcross, FIS chairman and CEO, said the pair would bring “vast and deep expertise to the board”.

Brown Brothers Harriman — Robert Rusk has been hired as a senior advisor to the firm and will work across BBH’s Private Banking line of business.

In his new role, Rusk will assist BBH Capital Partners with investment sourcing, evaluation, execution, and post-investment value-added oversight, as well as advising the corporate advisory and banking, and commodities and logistics teams.

Rusk is a co-founder, former partner, and chairman of the senior advisory board of Orion Infrastructure Capital.

He will have responsibility for technology implementation across CSB’s branches, functions, and corporate offices, reporting to CSB’s executive vice president and chief customer officer Katie Catlender.