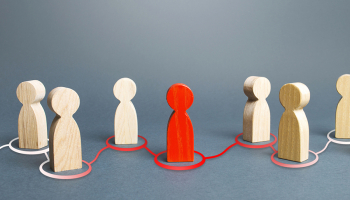 Southern Missouri Bank — The parent corporation of Southern Bank has appointed Greg Steffens as its new chairman of the board, as part of a new executive leadership transition plan.

Steffens will succeed Douglas Bagby effective July 1, 2022, while still maintaining his position as CEO of the company.

The move is intended to allow Steffens to focus on the long-term strategic direction and growth of Southern Missouri, as well as merger and acquisition activity and shareholder relations.

Bagby will serve as vice-chairman and lead outside director of Southern Missouri and will continue to serve as a director.

Roffler took on the position on March 13, succeeding founder and CEO Jim Herbert, who has led First Republic since establishing it in 1985.

Roffler joined First Republic in 2009 and become CFO in 2014. He was appointed president last year, and became co-CEO alongside Herbert earlier this year as part of the bank’s leadership transition plans.

Herbert is now the bank’s executive chairman. He said Roffler was “a terrific leader who has very meaningfully contributed to our strategy, culture and growth”.

In the same announcement, Amerant said Frederick Copeland, chairman of the board, and Guillermo Villar, director, would both be retiring effective June 8, 2022.

He has also been tasked with improving the bank’s offering to clients in the transport sector, TBK said in a statement.

Bahr was previously executive vice president at Triumph Business Capital, a subsidiary of TBK Bank, which he joined in early 2020. He was previously regional president for Texas at real estate broker Compass.

Hayes will lead the oversight, direction and administration of SECU’s diversity, equity and inclusion initiatives, as well as organize leadership training and programs.

She has more than 25 years’ experience in the industry. Prior to joining SECU, Hayes was director of learning and development at Local Government Federal Credit Union.