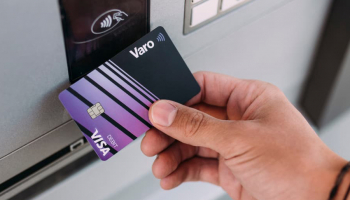 In his new role, Carlisle will continue Varo’s previous work with policymakers, regulators and elected officials, as the bank reinforces its commitment to activities in support of its Communities Reinvestment Act.

Prior to joining Varo, Carlisle worked as senior vice president for the American Bankers Association and served as executive director of the ABA Foundation.

Carlisle said: “Varo is well known for its dedication to improving the financial wellbeing of its customers and communities, something that mirrors my own passions and experience.”

He added: “I am thrilled to join a team of people who are equally committed to a more financially-inclusive future for everyone, and I look forward to expanding on the bank's great vision with the help of elected officials, consumer advocacy groups and the regulatory community."

Kingswood Acquisition Corp (KWAC) — David Hudd has been appointed by the board of directors to serve as executive director and general counsel of the company, with effect from February 19, 2022.

Hudd will be working alongside CEO Michael Nessim and executive chairman Gary Wilder.

Hudd has been a member of the KWAC board of directors since November 19, 2020.

Pretium — The specialized investment firm has hired Josh Pristaw as senior managing director and as co-head of real estate, with responsibility for managing the Progress Residential platform, investing in and managing rental homes.

He previously co-founded GTIS Partners, a real assets investment firm, where he served for 17 years. His most recent role was as partner and co-head of GTIS Brazil.

Centric Bank ­— The Pennsylvanian-headquartered bank has announced the resignation of executive vice president, CIO and director of operations, Clair Finkenbinder to take up a role outside of the banking industry. Her resignation comes into effect on April 1, 2022, at the close of business.