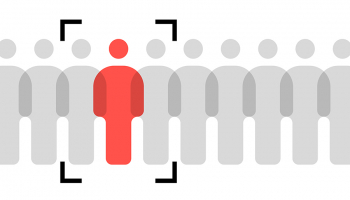 Middlefield Bank – The Ohio-based bank has appointed James Heslop as president and chief executive officer with effect from April 1.

Heslop has 40 years’ experience in banking and joined Middlefield in 1996 as executive vice president and chief operating officer.

William Skidmore, chair of the board of Middlefield Bank, said Heslop was “a natural successor and ensures a seamless transition”. “Jim embodies Middlefield’s mission and community-oriented values,” he added.

Schembri joined the Bank of Canada in 1997 and was appointed deputy governor in 2013. Since 2016, he has been responsible for the analysis of domestic economic developments. Deputy governor Sharon Kozicki will take over this role, the bank said.

Governor Tiff Macklem said in a statement that Schembri’s “contributions to central banking, here in Canada and internationally, have been innumerable”.

Stellar Kim Tucker joins as group head of technology for investment banking, after serving as head of corporate development and strategic initiatives at HCL Technologies.

Julie Bennet Bunuan has joined as group head of ESG advisory, responsible for leading Truist’s sustainability consulting work. Prior to this, she led the ESG and Strategic Solutions Group for the Americas at HSBC.

Ileana Chu, who previously served as the head of debt private placements at Truist, has been promoted to group head of private institutional capital.

Meanwhile, Kristen Byrd will assume the position of regional president for Louisville when Charles Denny retires. Byrd has worked for PNC for 20 years, most recently serving as regional banking director for PNC Private Bank.

If you would like to attend a
Free Banking Exchange webinar on Generation Z Banking,
Please click to register on the link below.
The event will take place on February 24. Thank you for supporting Banking Exchange.
https://event.on24.com/wcc/r/3624294/28B5F8B441274C617360F751DDB26A99?partnerref=BankingExchangeStory