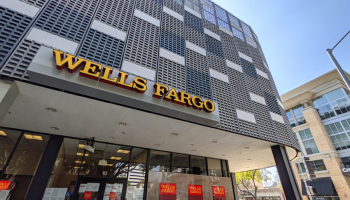 Wells Fargo’s Kristin Lesher, whose tenure at the company is 21 years, has been appointed head of middle market at the bank.

Lesher has led the East region since 2018, during which time she managed middle market banking operations across 19 US states, including Alabama, Connecticut, Delaware, Florida, Georgia, Kentucky and Maine.

The bank said that in his new role he will provide strategy, direction and growth initiatives to Sutton’s payments business lines.

According to LinkedIn, Keil recently served as VP for fintech and emerging payments at global fintech and payments company Fiserv.

Elsewhere, Tennessee-based Oak Ridge has also made a senior appointment. Robert Pompey has joined the company’s board of directors.

Pompey has been serving as chancellor for business and finance at North Carolina A&T State University since 2007, prior to which he was associate controller at Wake Forest University for nearly 10 years.

Tom Wayne, Oak Ridge CEO, said: “Robert’s distinguished career in education in conjunction with his financial expertise will provide valuable insight to our organization as we continue to ensure prosperity for our clients, employees, and shareholders.”

To the north, Ohio-based Middlefield Bank has hired Jennifer Moeller to its board, effective December 13, 2021.

Thomas Caldwell, president and CEO of Middlefield Bank, said: “Jennifer’s unique mix of marketing, strategy, and small business experience will add considerable value to the Bank’s board, and I look forward to her future contributions.”

Non-profit The Digital Dollar Project, an organization championing a US central bank digital currency, has also made an appointment.

Jennifer Brooks Lassiter has joined the organization as executive director.

She previously served as a founding member of the innovation lab at the Federal Deposit Insurance Corporation (FDIC).